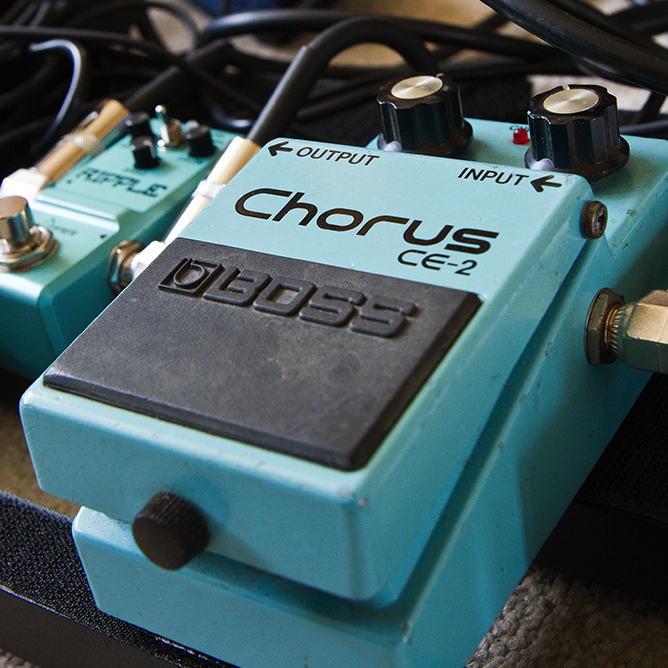 An effect that appears organically in almost all music and has been made more iconic by its application with guitar. We look at the origins of chorus, some of its variations and iconic chorus-soaked riffs.

Before we get into the guitar side of things, it’s important to understand exactly what chorus is. The effect of chorus is heard in music when an instrument or voice plays a note, and another note accompanies it with (almost) the same pitch and time.

Due to the nature of voices and instruments the note won’t be exactly the same pitch, therefore it creates a rich, wide sound which we call chorus. The effect can be heard naturally when listening to a choir or string arrangement with multiple voices, and has since been replicated in a variety of ways with guitar pedals and audio plugins.

In terms of effect history, the first examples of purposely out-of-pitch effects can be found with the Hammond organ in the 1930’s, but later similar sounds were created in 1966 when The Beatles and engineer Ken Townsend created the ADT technique (Automatic double tracking – using tape delay to create a delayed copy of an audio signal which is then combined with the original).

Following that a variety of different effects started appearing in music, however the Boss CE-1 is considered the first commercially available chorus pedal. Released in 1976, it featured a circuit that was modelled after the Roland Jazz Chorus amplifier which was brought out a year earlier.

Although effects such as Tremolo and Vibrato were found in Marshall amplifiers in the sixties, it’s only more recently that more modulation effects, such as phase shifter and ring modulator, have become available. 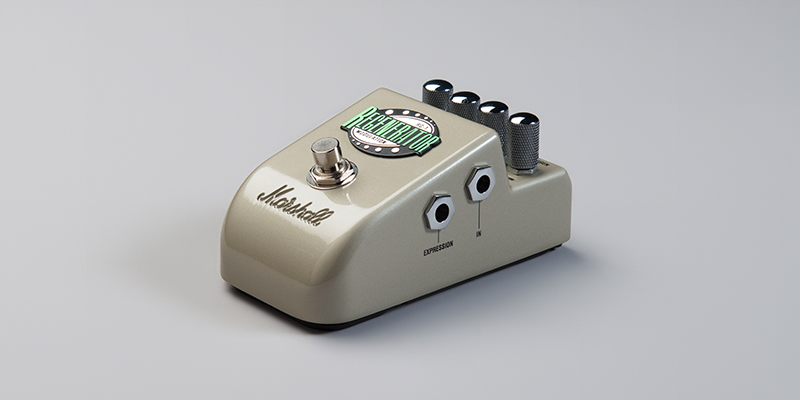 The most notable period of chorus effect can be found in the eighties. Looking at music from this period such as Prince’s 'Purple Rain' and The Police’s 'Message In A Bottle' chorus effects on the guitar became a signature of a lot of music from that period. It also played a big role in music in the 80's and 90’s such as Nirvana’s track 'Come As You Are' and Metallica’s 'Welcome Home (Sanitarium)'.

Distortion Explained
We look into the history and beginnings of distortion and how it became a staple sound in modern music.
Reverb Types
Reverb, how does it work, what are the different types and how is it used in guitar playing? We take a look at in this article.
Setting up your pedalboard
Pedalboards can open up a world of effects. We talk through some essential points to consider when setting up your board.
Cutting the Cord: Wired or Wireless?
Can modern day wireless rigs retire the wire? We take a look at the pros and cons to help you decide which is right for you.
What amp type is right for me?
It's easy to get overwhelmed when it comes to amps. Here's some tips for when you're deciding your ‘forever amp’.
What Marshall is right for me?
With over 50 years of amp heritage, we've developed all kinds of amps, so how do you know which is the right one for you?