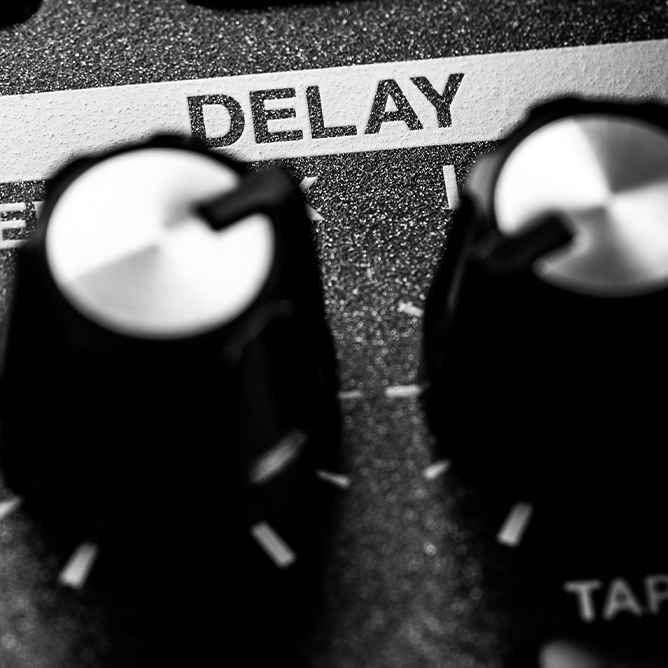 An effect that’s used on vocals, guitars and much more across widely different styles; Delay has been prominently used in music for over 50 years. We look at the history behind the effect and what made it famous.

First up, it’s important to understand what’s happening exactly. Delay is an audio processing technique and effect which repeats the original signal after a short period of time, similar to how Reverb works but with a lot more control. The ‘delay’ can then be repeated a different number of times. This means you can create anything from a subtle echo right through to an elongated loop-like effect.

Speed and Feedback are the most commonly associated controls on delay effects units. It’s also commonly referred to as Echo, but it’s important to understand the slight difference. Echo is a type of Delay effect that occurs naturally, Echo effects are used to emulate a sound in nature and decay over time with more filtered parameters. Whereas delay is an exact replica of the signal that can then be tweaked in various different ways. 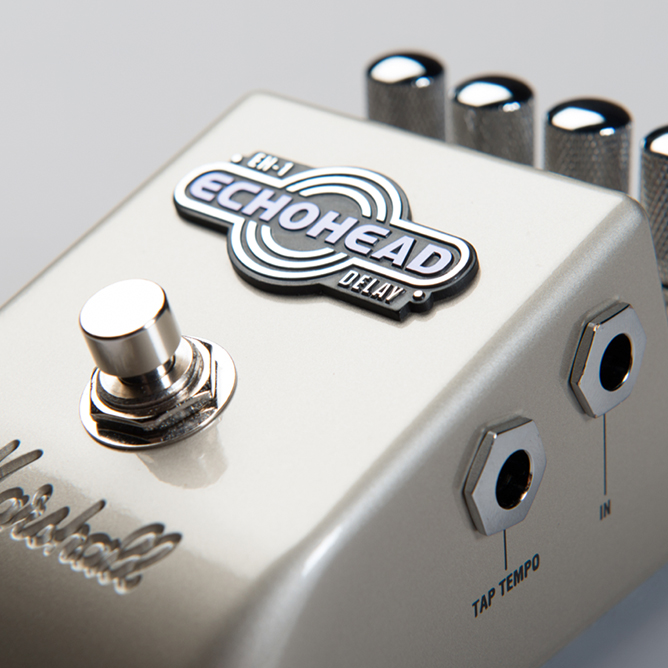 The first delay effects were found by using tape loops on reel-to-reel systems by controlling the read and write heads. In the late 40’s and early 50’s guitarist and famous guitar builder Les Paul started adopting echo and delay devices. In 1952 the EchoSonic was the first guitar amplifier with a built-in tape echo and was used in country and rock music by Chet Atkins and Scotty Moore among others.

By 1950 Tape Echo machines were also available. Machines such as the Echoplex in 1959 and Roland Space Echo in 1973 became well known as established echo effect machines. The Binson Echorec has also become a household name for its original technique of using rotating magnetic drums over tape. These were analog delay machines that used tapes and multiple playback heads. In the 70s, Solid state delay types became available and Boss used this method for the Boss DM-2. This began the start of pedal-sized delay effects.

In the late 70s, digital delay effects were available as both rack units and guitar pedals. Originally these were quite simple and primitive due to limits on digital memory size, but eventually they began to offer a wide range of tweakable parameters such as time, feedback, filter and more. Since then the world of delay has exploded with digital variants, now offering a wide range of types that include filter, pitch, reverse, modulation and echo decay types. Many pedals also offer an option to control the tempo of the delay using an additional tap tempo.

Marshall’s introduction to the world of delay is the Echohead EH-1 pedal. The pedal features 6 types of delay (Hifi, Analogue, Tape Echo, Multi Tap, Reverse and Mod Filter) and the Mode, Delay Time, Feedback and overall Level can each be controlled independently. Delay is also inbuilt to a number of our amplifiers, including models from our MG, CODE and Acoustic series.

One of the most popular uses of guitar-based Delay is by U2 guitarist The Edge, using fast repeats to simulate an arpeggio effect. Other famous uses of delay include Nuno Bettencourt’s ‘Flight Of The Wounded Bumblebee’ and David Bowie’s ‘Let’s Dance’.

Chorus explained
An effect that appears organically in almost all music. We look at chorus's origins, its variations and iconic chorus-soaked riffs.
Distortion Explained
We look into the history and beginnings of distortion and how it became a staple sound in modern music.
Reverb Types
Reverb, how does it work, what are the different types and how is it used in guitar playing? We take a look at in this article.
Guitar picks explained
Struggling with guitar picks? This article explains the main attributes of guitar picks so you can find what's right for you.
Valve types explained
A valve amp cranked nice and loud is synonymous with rock and guitar, but what exactly is a valve, and what is each valve specifically used for?
Guitar Strings Explained
In this article we go through some of the materials, sizes and other properties to help you find your perfect string set.