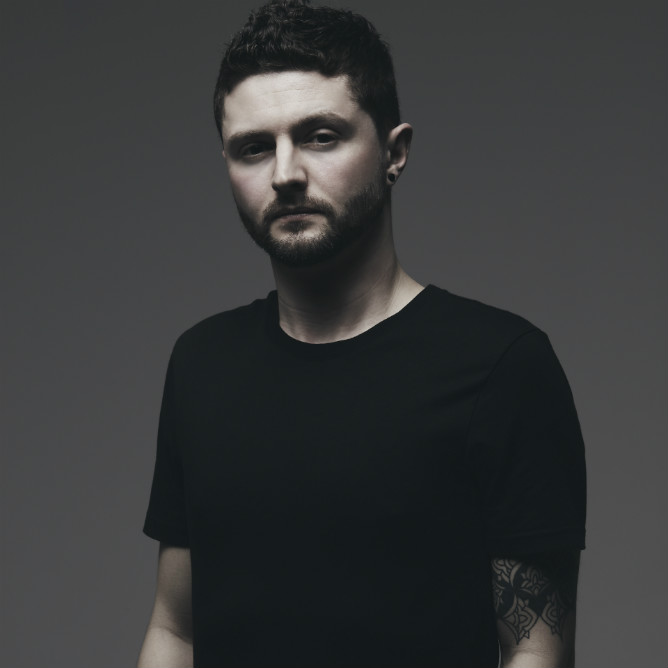 Behind the sticks with Chris Mansbridge

Not only is he part of Heart of a Coward and in a function band, Chris also runs his music school, The Rhythm Room. We sat down with Chris to find out how he balances his time between the two and what inspired him to start his own music school.

What encouraged you to get into drumming?

I’ve always enjoyed music. Growing up around my dad playing Phil Collins, The Pogues, that kind of music, so I was soaking that stuff up. Originally I wanted to play the piano. I don’t know why but I think it was because my friends were playing it so I thought it was cool. I quickly decided I didn’t like playing the piano but realised that the keyboard had a drum setting on it, so I started playing keyboard drums originally which is weird! That was about 25 years ago now.

I then built a kit out of flowerpots in my parents shed.  I had a workbench and started hammering in some plant pots, then got a garden cane, sawed it in half and made two drumsticks out of it. For cymbals I had some shovels hanging off some nails and they made the ‘tinky tunky’ sort of noise that emulated a ride or hi hat. I was away on that, playing basic rhythms and I think my parents were like ‘lets just buy him a drumkit and see what happens’ and 25 years later there’s not been a day where I’ve thought about quitting. I’ve always played. I’ve played something every day since I started.

Were you self-taught or did you get lessons?

I was very naive when I was younger and just wanted to play. I got a few lessons at school but they were short and were over before you’d worked out what you were doing. Reading and theory came a lot later to me when I was already more of an intermediate and advanced player. I had to go back and completely reteach myself technique and learn to read music.

What was wrong with your technique?

I was in a lot of heavy, punky kind of bands and it was just ‘play as hard and fast as you can’. I gave myself RSI in my right hand. I realised ‘that’s not how you play’ and started soaking up a lot of other drummers like Buddy Rich, Steve Gadd, the legends. This helped me to pick up technique and realise that I needed to sort my own technique out. I could achieve the same things as my heroes without damaging myself. That also inspired me to start teaching and I’ve been teaching for quite a while now privately and since then I’ve opened the music school.

What was it that properly got you into teaching?

It was having crappy retail jobs as a kid and jobs in between tours. I was so passionate about drumming and I really like helping people. When you see someone start to play drums, and it starts to click for them, there’s nothing better. You know, I’ve got students who come back and are like ‘I’ve started a band and I like this band’; it’s just the best feeling so I just really enjoy the process of teaching and watching someone develop.

What made you want to start your own school as opposed to teaching somewhere else?

Well some of the services available didn’t fulfill the promises they were supposed to. I did lots of voluntary work that didn’t lead  to anything and the hours weren’t there. Certain other music schools have a set curriculum that they like to take their students through, and I think that, that’s not me. I don’t think you can put someone in a box. Everyone learns differently. Everyone has got their own individual way of learning. You’ve got people that like to listen more and I kind of get them to get into reading and then you’ve got people that are very pragmatic and read a lot but don’t listen enough so you have to get the best of both worlds and steer them in the right direction. Some people have different goals, being a musician or just doing it for fun or doing their grades, for instance. I don’t like to put a mould around anyone but instead help push them in the right direction.

I normally come in about an hour early on a teaching day and I’ll sit down and have a little play. I work on my weaknesses and at the moment I’m learning how to play Jazz. It’s the only genre I haven’t really delved into properly so I’m learning a bit more independence. It’s opening my horizons as a musician.

Does learning other genres help you perform better as part of Heart of a Coward?

Certainly yeah. If you can play jazz properly you can play anything in my opinion. Jazz is like God mode drumming! If you think of music as one giant mixing pot. You put everything in there and if you have a cup of everything you expand your knowledge to as broad as it can be which is always helpful.

You perform in a function band as well, so you play a lot of different styles. Do you have a favourite?

No. I’ve always been involved with quite heavy projects since I was very young so it’s something I have always done. It’s quite weird playing something as aggressive and powerful as Heart of a Coward then the next weekend you’re playing ABBA or something but I absolutely love playing everything. There’s not a gig I wouldn’t do.

Is it hard making the switch from HOAC to ABBA?

It’s more of a mental thing. I don’t know how to describe it. It’s like a mental pain you have to go through. Mental anguish and the aggression of the music means I have to call on something else, flick the switch into that mode. A function gig is just a function gig really. But even then sometimes I turn up and I could be playing a song I’ve never heard and have to know what I’m doing.

And you can just jam it there and then?

Its definitely a skill I’ve learnt as I go along.  From teaching people a variety of music you get to know a massive pool of classic tunes. There’s been gigs where I don’t really know what I’m playing, I just watch the guys and hope for the best. Nod when it ends! No one ever notices though which is good because it means you can accept any gig on a whim and still look like you know what you’re doing. I was horrified the first time I did it but it went a lot better than expected and I proved to myself that I can do it.

DO YOU HAVE A PREFERRED KIT SETUP?

It depends. I’ve got my setup for small clubs and pubs, function stuff, which is my Natal Originals Maple. I’ve got a 18”x14” kick, 10” and 14” toms and my Maple Stave snare which is really handy as I can lift the bass drum with one hand and the rest of it with the other. It’s all single brace hardware as well so I can just sling that on my back. The worst thing is carrying drums up and down steps so having that kit is incredible and I can fit in the smallest corner and not bother anyone.

For Heart of a Coward I’ve got the full rock setup . My new Walnut Originals 22”x18” kick drum with 10”, 12” and 16” toms. Sometimes I use 10” and 16” and sometimes I use 12” and 16”. It’s a pretty fluid setup. I’ve been in bands before where they’ve called for crazy set ups like four toms and about seven cymbals, just ridiculous. I change up little bits and bobs all the time, it’s just who I am.

What advice would you give someone starting drumming?

Make time for practice. Practice hard. Immerse yourself in music and don’t settle for just one thing. Talk to and go to see other drummers and just make music your life. Jump fully into it and don’t let anything distract you if you really want to make it. Money isn’t everything and make sure to have fun with it. If you don’t want to be a full-time musician then just enjoy it and enjoy playing with other people. That’s such a hard question!

Making Music With Nathan Greene
We chat with Nathan about how he got his start behind the kit and drumming with an out-of-this-world band.
Making Music With Chris Hill
We talk to Sophie and the Giant’s drummer about exploding into the mainstream.
Behind the sticks with Sian Monaghan
Siân Monaghan not only drums for 5 bands but is also house player in a London venue, so when she dropped by HQ we made sure to quiz her on what led her to being a drummer in demand.
A day in the life of Yungblud's Michael Rennie
In the midst of Yungblud’s biggest tour to date we managed to grab a few minutes with drummer Michael Rennie to talk techniques, tips and touring.
Behind the sticks with Simon Finley
Between performing with Echo and the Bunnymen and writing for TV and film Simon Finley is a busy man, but he spared 5 minutes to talk about how he’s made his mark in music.
Catching up with You Me At 6
Marshall managed to grab a few minutes with Chris Miller and Max Helyer from You Me At Six to chat about getting started in music, what's next for the band, and of course, amps.
A day in the life of Oli Wiseman
The influential session drummer dropped by to pick up a new kit, so we grabbed a few minutes to talk gear, techniques and touring with pop sensation Anne-Marie.
Behind the music with Jaime Gomez Arellano
We grabbed some time with the Orgone Studios head honcho to talk production, techniques and how to make a splash as a producer.
Drum Kits
Snares
Percussion
Hardware