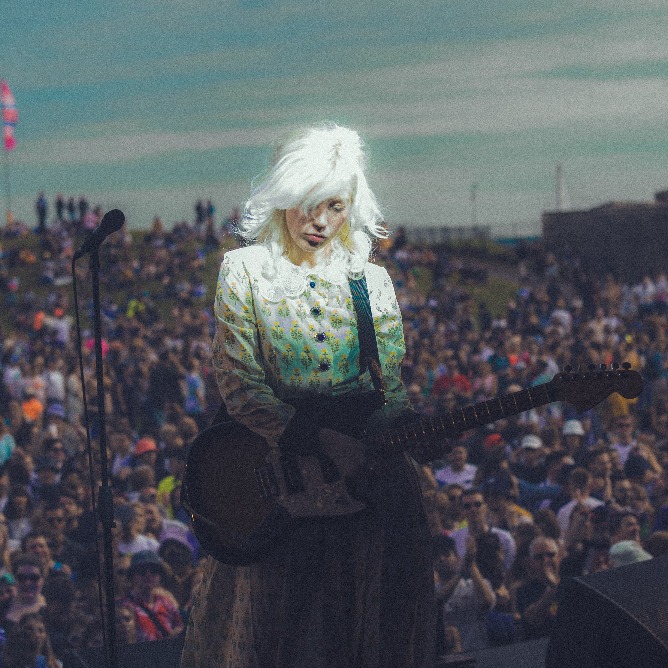 We've all been to concerts and taken 100's of photos so we can go back and revisit that moment over and over, but what if that was your job? To capture entire performances within a single photograph. We spoke to Harriet Brown whose job is exactly that to see how she does it and how she started out. 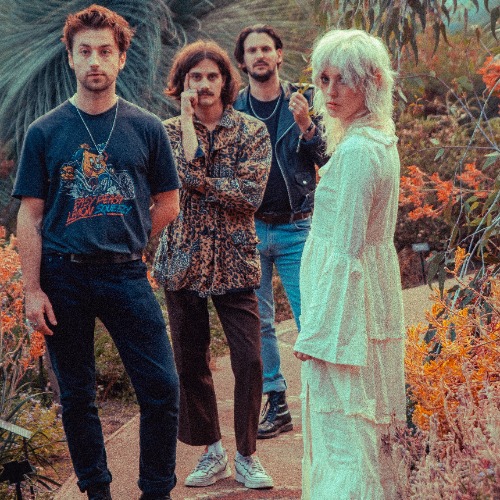 What’s your favourite part of being a photographer?

So, my favourite part of being a photographer is the fact that it really revolves around being able to capture unique and special moments between people as well as getting that emotion and energy that you only get in that one moment for it to be truly authentic. There’s something intangible about capturing something that only really happens once, of course there will be other shows but there will never be two identical feelings or moments, every time there’s always something different within you and it’s irreplaceable from one day to the next, that’s why I feel that it’s such a special role to be in and what gives me the passion to do what I do.

How does social media feed into your work?

Social media has been a massive inspiration to me, I grew up in the era where it was on the rise and I had it all! MSN, Myspace, Facebook, I was one of the early members of Instagram and to be able to connect with other artists outside of the echo-chamber of my hometown, to be able to see influence from other town, other cultures, other generations is something that showed me new perspectives, and all contributed to my work in one way or another. Being able to see these things and have such an access to these has inspired me so much and I am very much addicted to social media in that sense.

I get so excited when I see something that is new and interesting or just seeing something that has been done in a different. That’s what drives me to push myself that little bit further; it gives me that little spark which starts a fire within me, the desire to then go out and create something as brilliant as I’ve just seen. It’s not about a jealousy, it’s about an inspiration and being in awe of others and their work and allowing that to feed into my sense of creativity and have an influence on my own work.

"I feel very lucky to have grown up in a time of social media because I don’t know how my art would exist without it really."

How did you get into your job?

I got into my job in 2016 when I was at art college, I’d always been interested in photography and I’d always liked it but I used to say, even when I was doing my A-levels even before starting art college, ‘I couldn’t possibly be a photographer it’s too competitive!’ So, I went off to art college with that in mind and I did a foundation in Film then followed it on with a degree in Television, during that time, I never really thought of photography as being a career path at all for me, I was very focused on going to work in TV.

In my second year at Uni, I got a job filming a music festival… at this point that wasn’t something I’d ever done before, I’d never worked in any music based industry before, but I happily went along because I thought it sounded interesting and that was it really! The moment I stepped on stage to film the first band, I never looked back. It immediately caught my heart and from day one I loved it. I loved atmosphere, the teamwork, the comradery.

From then on, I started to film music festivals more and more, I created after-movies for festivals across the country and for some abroad. I still wasn’t necessarily going down the route of photography at that point but slowly over time I started to discover where in filming you could capture thing in more detail than a film can. You can really focus on capturing certain looks or feeling within a picture.

The intensity you must have to be able to capture these fleeting moments was something I began to realize was the path that I wanted to go down and from that point onwards I started to make moves from film towards photography and the rest is history.

What’s been the hardest part of your job and how did you overcome it?

The hardest part of my job for me has always been not doing it, obviously with the freelance life comes the harsh truth that freelancers don’t want, there won’t always be work. Especially when I was just starting out and less established there would be periods of time that could span across months where I would be without a job and I’d be putting in a lot of work just to try and get my foot in the door with anyone!

When you’re just starting out and trying to make a name for yourself that fact can be incredibly disheartening. It’s a point where a lot of people, trying to make it in this career, do give up and find something more stable or contracted. It’s incredibly hard thing to start out doing and requires a certain type of ‘madness’ to want to continue going after being kicked down for so many times.

Being able to deal with the rejection is certainly something that comes with time and confidence. You’ll always feel disheartened, but you have to have the confidence in your work to know that someone will always want to book you again, and that’s something that can sometimes be easy to forget.

On the flip side of that, however, comes the immense feeling when you do get that email or that call offering you work… after weeks, or however long it may be, without finding anything. The time you spend disheartened from rejects doesn’t take away any of the joy that you get when you book a job that you’re excited to be a part of.  The feeling is almost like an addiction, like playing the lottery and seeing your numbers come up! Nothing from the past matters in that moment and nothing can take away form that feeling. 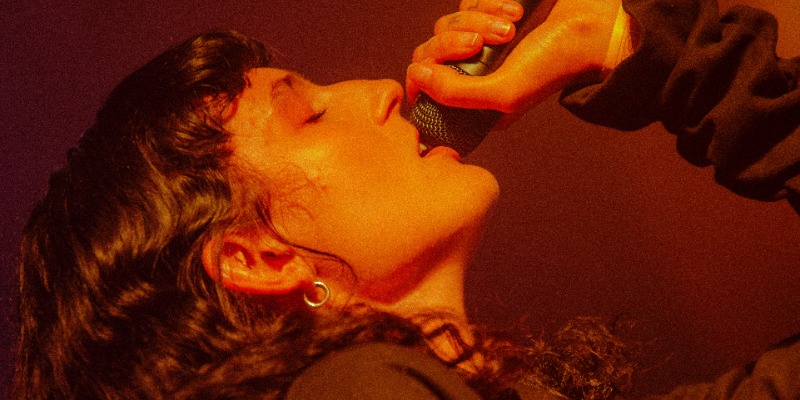 What’s your favourite thing to photograph?

My favourite thing to photograph is definitely live music. There’s something about it that’s so unreplaceable and unique. You could see the same show 5 times and it will always be a different show. There will always be something new to capture, be that changes in the lighting, the outfits, or just small little moments between band members or between the crowd and the artist. There’s always something more that you can get and that is something that I really, truly adore. You can’t find that energy in a studio or in a product shoot or a shoot at home. Each of those things are still amazing in their own special way and they help you to flex your brain in different ways each time but my favorite thing that I’ll always go back to is live music.

What opportunities have come from your job role?

My job on a whole has given me so many opportunities to meet so many amazing and wonderful people with amazing and wonderful brains. It’s also allowed me to see some amazing parts of the world that I never would have seen otherwise. I’ve been able to work for some companies and magazines that I never thought I would. I’ve built relationships with people that I used to look up to as a teenager that I never thought I would and it’s really opened my eyes to the world and humanity and how wonderful everyone can be.

It’s such a nice job to photograph people and see in them what you can see in so many other people and see how we’re not all so different. The opportunity to learn that and experience that first hand is something that I’m very thankful for.

"The moment I stepped on stage to film the first band, I never looked back."

I have no idea! But I find that quite exciting. Obviously with any job that you are in you always hope to progress and to take it up a level and do something new, but I’m so happy doing what I currently do. I’m thrilled to continually do it and be able to do it in a fulltime capacity. Whatever the future brings I hope that it’s fun! That’s all I hope for.

I’ve recently taken up fashion photography and have started doing some bigger branded work which I love and enjoy. It’s helping me to change the way I interact with my own art so I’m looking forward to doing more of those and working with clients that have different artistic views and ideas. I find I get so much energy from different people and working with different clients help me to build myself as a photographer.

There’s something that’s a great joy in being a freelancer and that’s never knowing the future for certain. I used to be terrified of that but since the pandemic and over the last two years I now take quite a lot of comfort that I have no idea what’s going to happen tomorrow. That helps me feel less pressure and puts less pressure on what’s going to happen today. Whatever it is I do in the future I hope it’s fun!

Shannon Carragher - Spotify Playlist Editor
We've all made our own playlists, but how does it work being an actual Spotify playlist editor? We got the chance to sit down with Shannon Carragher who does exactly that.
Marc Brown - Byta
Ever wondered what it's like to own a business? We got a chance to speak to Marc Brown founder of Byta, about how he ended up in his position.
Peter Capstick - Record Label Manager
We got the chance to speak with Peter Capstick, record label manager at Marshall Records, about his career so far.
Adam Ficek - Psychotherapist
We spoke to psychotherapist, Adam Ficek to hear about his career and what lead him into being a therapist within the music industry.
Sophie K - Presenter
We got the chance to speak with Sophie K from Kerrang! Radio about her many music roles and her journey so far in the music industry.
Fabi Reyna - She Shreds
Starting up and running She Shreds, of course, has been a challenge. We have a chat with Fabi Reyna to get her story.
Leander Gloversmith - Artist Manager
Managing Architects, Lower than Atlantis and Neck Deep over 15+ years has taught Leander a lot. We got the story so far.