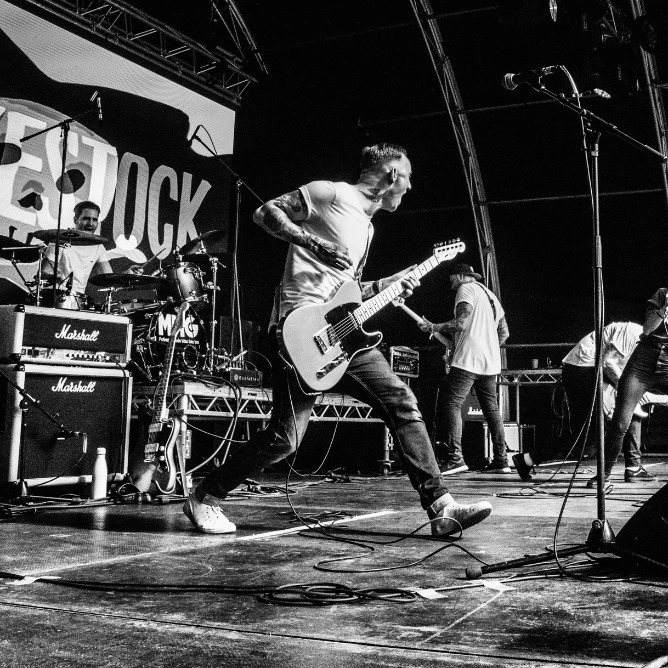 From touring the world to teaching at a college, Steph Carter from Lyoness has done it all. Now working at Marshall Amplification as Head of education, he's sat down to have a chat with us about his story so far.

How would you describe your job?

So my job is a supportive mechanism to Marshall as a company to help enable and encourage the growth of grassroots musicians.

What does that involve?

There are two main areas that we're focusing on at the moment. One is the marketing department. And then one is the music division.

In the marketing department, we are looking at all of the content that Marshall has put out to help and support people who are in the beginning stages of their journeys into music, whether that's looking at learning the guitar, learning about the music industry, or looking at the theoretical side. I'm helping to engage the content with an education focus and make it more accessible to as many people as possible.

Then with the music division side, I’m looking at all of the bands that are very early in their career on the record label or signed to the agency and helping support them to have a sustainable career that lasts a long time.

How did you get to where you are now?

I studied music at GCSE, and then studied music technology at A-Level after that I went onto university, and I got my degree in creative music technology. While I was in the second year of uni I joined a band called Gallows. Originally, I was only supposed to be in the band for seven days, and before I knew it seven days turned into seven years. At this point, I was living in America with my partner, and I decided that I had got to the end of my time with that band. So I left the band and came back to England and thought “what am I going to do now? I play guitar, maybe I'll start teaching people how to play guitar?”

I ended up working for a charity called Youth Connections. I helped run a recording studio in my hometown. And while I was in the recording studio, part of it, I had a couple of conversations with people about the local college. The college invited me to go and look at the facilities at West Herts College in Watford.

I went to look at the facilities and the guy who ended up giving me a tour was actually the same guy who organised the first gig I ever played when I was 14, and he was now the head of the music department. We ended up chatting for a couple of hours and at the end of it, like left it thinking that place was awesome, they're doing great stuff.

Two weeks later, I got a phone call asking do you fancy teaching the music industry to our students? And in my head, I was just like, “I’ve got severed heads tattooed on my hands, I've never taught a lesson in my life.” But I actually ended up going in and teaching! I went from teaching one lesson a week to teaching five days a week - any subject that they throw at me, I'd take it on. I ended up staying at the college for about eight years and became a qualified teacher, whilst still doing some freelance work within the music industry.

"If you care about it enough, and you've got the drive and the contagious passion, that will spread."

Through doing the jobs I was doing I got to work with this guy called Adam Beer, and we ended up getting to know each other and eventually moved on to different jobs but remained good friends. Adam actually ended up becoming the studio Manager here at Marshall when that opened up in 2021 and asked me if I'd be able to help come aboard early on to help kind of as a Pro Tools engineer to make the systems work.

Whilst I was here helping to get that set up, I met a lot of people and had a lot of different conversations about my background and what kind of what I've done, and where I see myself in the future. Marshall was really keen for me to share my knowledge and run some hands-on experiential industry sessions. So I ended up planning and running 4 sessions at that time then further down the line, I got back in touch with Marshall, and we reviewed what I’d done whilst working with the company, and they offered me a job here as Head of Education.

So, that’s the story of how I ended up here!

I've been incredibly privileged to live the life that I've lived. I genuinely believe I can do it, anyone else can. So if I in any way, shape, or form can impart my knowledge to anyone and help them get one foot up the ladder, I'm very interested.

The people who helped me to get to where I am today did the same thing. They taught me what they knew and what they had learned themselves and it helped me to achieve the things I have.

I’ll always remember being in the studio recording the second gallows album and I learned more in the first week in that studio than I did from three years at university just watching someone do it.

What’s been a personal highlight for you throughout your whole career?

I met my wife on tour.

But I have also played with Rage Against the Machine… that was pretty cool.

Have you experienced any challenges in your career? What were they? And how did you overcome them?

Of course, there have been so many challenges! One thing that I’ve always found to be a struggle is how fast the music industry changes, it's really difficult to keep up with what's going on.

I joined the industry at a time when Spotify didn't exist, so the transition from the old school record deal to where we are now with how much of a push is focused on social media was a challenge to navigate in the first instance.

From an education point of view, mainstream education challenges are in funding, finding the support people need, and being able to effectively pay for that support. As well as that you have another big challenge which is how can you inspire someone to drive forward with a career path that they don't know anything about? At 18 years old how are you supposed to know what you want to do for the rest of your life?

"I genuinely believe If i can do it, anyone else can." 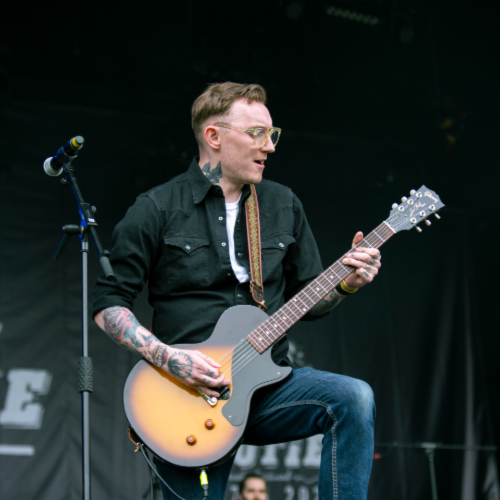 What is one piece of advice you'd give to somebody looking to start a career?

Don't stop, whatever you want to do. Just put everything you have into it. Because if you care about it enough, and you've got the drive and the contagious passion, that will spread. Don't settle.

If you had to describe your job in one word, what would it be and why?

Honestly, I’d just say awesome. I love what I do, I've loved what I've done for years. I'm in my mid-30s now and I'm taking on the third career in my life and I love it.

I've lived a crazy life where I've got a million stories. And every day I wake up and I'm stoked that I'm still doing something.

Reece Iain Ritchie - Music Editor
Currently at University, Reece is just starting out in the music industry and making a big name for himself across multiple roles in the music industry. Take a look at his journey into the industry and what the future holds for him.
Harriet Brown - Photographer
How would you do capturing entire performances within a single photograph? We spoke to Harriet Brown who's job is exactly that to see how she does it.
Shannon Carragher - Spotify Playlist Editor
We've all made our own playlists, but how does it work being an actual Spotify playlist editor? We got the chance to sit down with Shannon Carragher who does exactly that.
Marc Brown - Byta
Ever wondered what it's like to own a business? We got a chance to speak to Marc Brown founder of Byta, about how he ended up in his position.
Peter Capstick - Record Label Manager
We got the chance to speak with Peter Capstick, record label manager at Marshall Records, about his career so far.
Adam Ficek - Psychotherapist
We spoke to psychotherapist, Adam Ficek to hear about his career and what lead him into being a therapist within the music industry.
Sophie K - Presenter
We got the chance to speak with Sophie K from Kerrang! Radio about her many music roles and her journey so far in the music industry.
Fabi Reyna - She Shreds
Starting up and running She Shreds, of course, has been a challenge. We have a chat with Fabi Reyna to get her story.
Leander Gloversmith - Artist Manager
Managing Architects, Lower than Atlantis and Neck Deep over 15+ years has taught Leander a lot. We got the story so far.