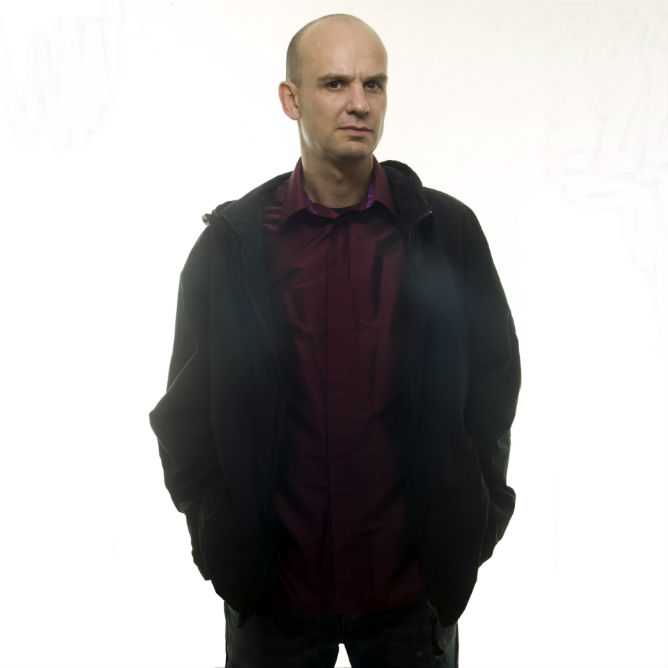 We speak to the man responsible for first putting Nirvana on the radio waves. Steve Ager has been a radio plugger for over 20 years and is most known for being the man to first get Nirvana’s Nevermind album on the radio. Amongst other things, Steve now runs his own PR firm, Chachaman PR and is also a number one selling artist in India.

How would you describe the role of a radio plugger to someone who has never heard of it?

We lobby radio stations, but we also supply them with content. We are the people who take the tracks from record labels and try to get them played on the radio. The secret is to try and have new records alongside good records so that they want to see you as much as you want to see them. The longer you do that for, the better your friendship with the station becomes. That’s how I managed to survive so long as I’d made so many good friends and I knew what music they liked so I knew what to play to them. I knew who to go to with what music.

There are many ways of looking at plugging. We are a filter system to the radio industry. We are a point of contact between TV, radio and record labels, management and artists. 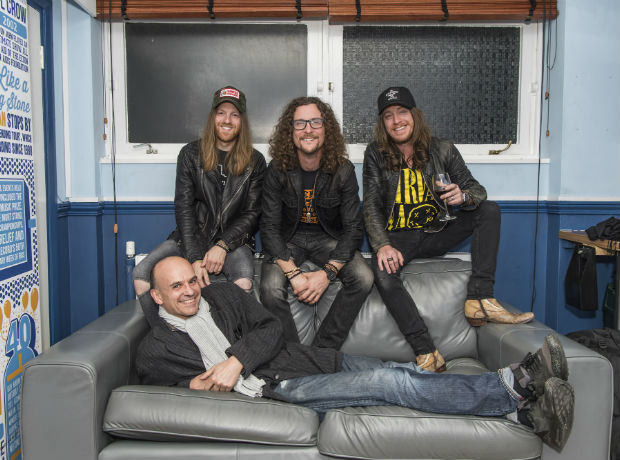 So how does that process work? Do the labels approach you or do you find new music yourself?

I’ve been very lucky in my career, and I don’t think this is the case for everyone, but my music usually just came to me. I used to be head of Radio at Geffen and whilst I was there they gave me two cassettes. One was Nirvana’s ‘Nevermind’ album, which was new then and no one had heard it, and the other one was Guns N' Roses ‘Use Your Illusion.’ Before long Nirvana took off and Guns N' Roses took off and I got a bit of a rock reputation.

Then I left and Beggars [record label] took me on as a freelancer and I had an incredible run of artists. I did Whitney Houston’s ‘Bodyguard,’ Aretha Franklin and lots more RnB and Soul plus lots of German dance music like Haddoway and Snap! I also had House of Pain, The Charlatans and some other really cool acts. That’s where my reputation comes from but really all I did with those artists was just deliver the message because they were great records. But that established my friendships so most of the music that comes my way is Nirvana related or has evolved into country rock and I’ve managed to get country rock growing as an area too.

"When you’re a plugger and you go to play something to somebody, it’s got to be the same feeling as when you’re in a band and you play it to a stranger."

Would you say that being a radio plugger means that you need to be good at networking and be personable?

Allegedly but I’ve been crap at that! What I’ve loved plugging is bands that are really good live and one of them is Gogol Bordello. They were so good live so I took everyone to their gig. I said to these guys that the last people I asked you to see were Nirvana and look at how that turned out. These guys are the next one. It spiralled from there really. Jo Wiley made it her record of the week, as did Zane Lowe. My idea of networking is dragging people to a gig or eating out with a nice meal. I’m not a massive fan of awards evenings where everyone from the music industry gets together. I much prefer building one on one relationships over some food. I like getting people excited by taking them to see the music.

Did you have any experience or qualifications before getting into plugging?

I’ve been obsessed with music since the beginning and I used to write for the magazine ‘Strangled’ when I was very young. After that I started applying for jobs at record labels and I ended up getting a job in sales instead. I just kept applying for jobs and eventually realised that normal CV’s just didn’t cut it. So I drew myself as Dennis the Menace on my CV and every single one of those got me an interview. It was about the 3rd or 4th interview in which the lady interviewing me held my CV up and said, ‘this is brilliant.’ The important thing to remember is that, once you’re in, make friends within the record company and work out where you want to go. The first job is the hardest to get but nowadays there are internships and they’re the way in. From the outside, the way to meet people is to just go to gigs and look for who’s stood at the back with an all areas pass and buy them a drink!

What’s the best thing about being a radio plugger for you?

I think it goes back to when I was young and I used to love going out, buying records and coming home to show them to my friends and vice versa, listening to what we each bought. I loved doing that and I think I’ve just never moved past that. I pretty much just get paid to do it now but a big part of what pluggers do is that we’re far more involved in the strategy: what to go to radio with, when and how to do it. We’re a lot more involved in the process before it gets to radio now, and I make sure to shout really loud because I want to make it as easy as I can for when I do go and play it to someone. If the mix isn’t right, I’ll tell them about it.

What’s the most challenging part about your role?

Breaking new bands. People just don’t spend the kind of money they used to spend on breaking a new act so as a plugger you need to take it on cheap and believe in it until you can take it to a level where you can be paid more. That’s the hardest part. It’s just like I said earlier about getting your first job in the music industry, getting your first play can be just as difficult.

So does your experience come in handy?

Of course. Like with most roles. Through the years, and because I’ve listened to the radio a lot and know a lot of the producers, I’ve gained a better insight of the industry and I know who’s more likely to play my music. Some people may be pushing Radio 1 when I know full well that Jo Wiley on Radio 2 would take it off my hands quicker and give it more plays.

What makes a track ideal for the radio? What makes you want to pick up a track and run with it?

My favourite ones are the ones that I love that I don’t think can get on the radio. Gogol Bordello is a great example of this for me. They have a song called ‘Start wearing purple’ which made me think: “where the hell would I play that on the radio?” But it’s one of those songs I love and I like fighting for the airplay if I love it. These types of off-piste songs will, if they do make it onto the radio, make more of an impact. They become marmite. There’s always someone who’ll love it and others who hate it.

Songs need to stand out and they need great singing and production. When you’re a plugger and you go to play something to somebody, it’s got to be the same feeling as when you’re in a band and you play it to a stranger rather than your friends because you get this nervous feeling in your stomach, especially if there is a bit of the record that meanders. You need the record to flow both musically and sonically without the record getting boring. It’s got to be really interesting for three minutes.

"All I did with all of those artists was just deliver the message because they were great records."

Do you do anything outside of music?

I love art and painting, not that I’d ever show you my paintings. I also have a daughter and I went to Japan on a work trip three or four years ago to do some PR for one of the anime films from a company that spawned out of Studio Ghibli and we’ve become massive Studio Ghibli fans. We watch a lot of Japanese movies so that counts. I also love cooking which came about from years of expense accounts. I like nice food but I got bored of going out to eat all the time so I’d rather make it now.

With the rise of streaming services like Spotify, Deezer and Apple Music, do you think that radio is still as relevant as it once was?

Yes, I do. It depends on the genre of music but certain amounts of plays on Spotify or whatever means that radio will take it seriously. There was a point where some radio stations would wait to see what the ratings were like on Spotify before playing it themselves. It got to the point where listening to the record was further down the list of priorities and it was more about the statistics on these channels and the marketing plan. I think they did become aware of that and have evolved but Spotify did play a huge part at one point.

Outside of that, I think radio generates streams just as much as streams generate radio plays. I think they can live quite happily together. We used to work out front of a release date because you were trying to get the highest chart position and you were trying to get top of the pops so all of the promo was done ahead of the release date, whereas now Spotify don’t like you going to the radio with something ahead of it being on Spotify so we don’t really have release dates anymore. You’re digitally marketing it from day one and then bringing the rest of the campaign in as radio evolves around it.

I think they go together fantastically. I listen to the radio and I listen to Spotify and quite often I’ll Shazam something off the radio to save on my Spotify. 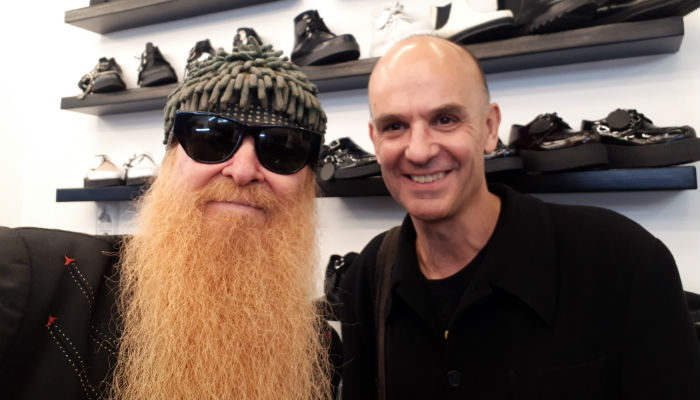 What advice would you give to someone wanting to get into radio plugging?

Two, be fearless and don’t take the lack of replies personally. I remember when I first started plugging and I’d send out a record that I thought was great and no one would get back to me, I thought it was my fault. But it’s not. There are a hundred other pluggers all trying to get that same spot.

The other thing is that, as a plugger it’s important to communicate. There’s nothing worse than being in a band, hiring a plugger and then not hearing from him/ her. Quite often that’s because the plugger is having to work even harder as he’s not getting any airplay. You’ve just got to be brave enough to tell them that the radio stations don’t like their record or it may be that there’s another record out now that sounds quite similair. It’s better to be honest and tell them rather than not communicate with them.