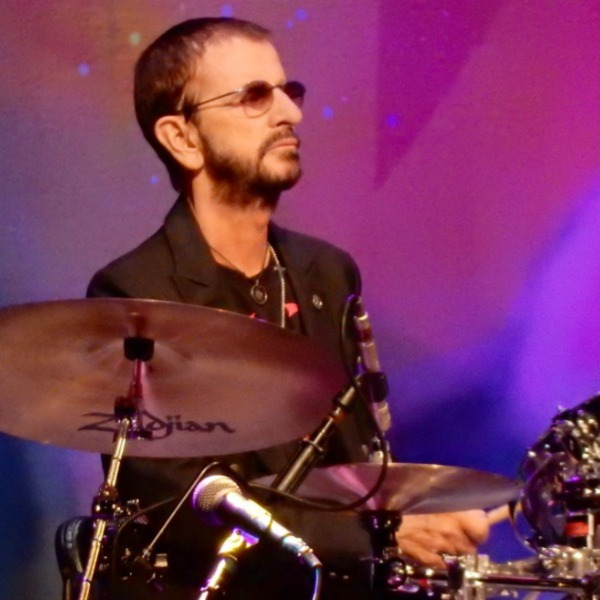 Drum icon, singer, songwriter and actor Ringo Starr (Sir Richard Starkey) is best known for his involvement as the drummer for The Beatles.

In this article we explore the life and drumming career of, arguably, one of the most prolific drummers of the 20th century.

Sir Richard Starkey was born on the 7th July 1940 in the inner-city area of Liverpool. As a child, Starr had many medical complications resulting in hospitalisation for a total of 2 years. During that time in the hospital, the nurses were keen for Starr to stimulate motor activity and relieve boredom, so encouraged him to join the hospital band, this is where Starr first gained his love for music.

In mid-1956, Starr met his first bandmate Roy Trafford at a job where they both made electrical equipment for schools. Trafford and Starr shared an interest in Skiffle, a genre of folk music influenced by blues and jazz. Starr and Trafford first started playing together on their work lunch breaks, where Starr would bang on biscuit tins and whatever else he could get his hands on, while Trafford would play the guitar. Soon, the boys were joined by Ringo’s neighbour Eddie Milles who had formed his own band which later was known as 'Eddie Clayton & the Clayton Squares.' The band performed many popular skiffle songs, such as 'Walking Cane'. Starr soon became recognisable for his interesting rhythms which he often made by raking a thimble across a washboard.

For Christmas 1957, Starr was gifted a second-hand drum kit consisting of a snare drum, bass drum, and a makeshift cymbal made from a rubbish bin lid. This was his first drum kit and became extremely important when he joined the local band the Hurricanes, who were looking for a drummer with a full kit as they transitioned from one of Liverpool’s most beloved skiffle groups to a fully-fledged rock ‘n’ roll band.

Starr left The Hurricanes in 1962, to join the Beatles to replace their former drummer Pete Best. Starr first recorded with the Beatles in September 1962, where he stated that he found it ‘crazy’ as he was trying to play percussion and drums at the same time.  By November 1962, Starr was accepted by Beatles fans, who then wanted to hear Starr sing. Starr recounts that the moment he knew he was secure in the band, is when he received the same volume of fan mail as the rest of the group.

Starr is also recognised for being an actor in the many Beatles films, including A Hard Day’s Night, Help, Magical Mystery Tour, Yellow Submarine and Let it Be. 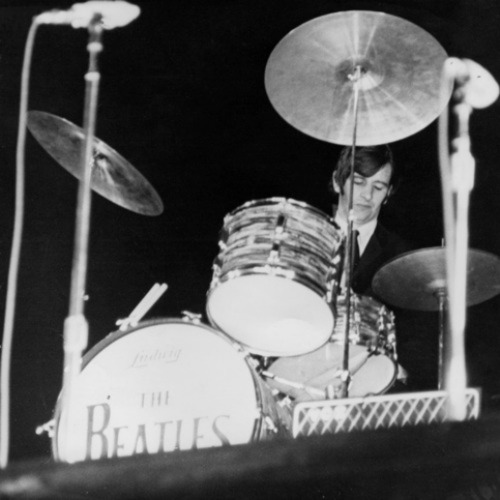 Throughout the years of Ringo being in the spotlight, he used many different types of kits in his music. His main kit which he used for the bulk of his Beatles career was a Ludwig Oyster Black 'Super Classic' set.

Ringo Starr’s drum sound is a unique one, mainly due to his distinctive tuning. Most rock ‘n’ roll drummers aim for consistent musical tones, which were already common in jazz, swing and bebop. However, Ringo wanted to go outside of the norms. He achieved this by tightening his top heads and loosening the bottom heads. He also removed the front head and added blankets to the bass drum, to muffle the sound.

Ringo would often play with a thin tea towel over the toms to dampen the sound and a pack of cigarettes resting on the snare. As a final flare, Ringo would also be known to even remove the resonant heads from his toms, creating a louder and flatter effect.