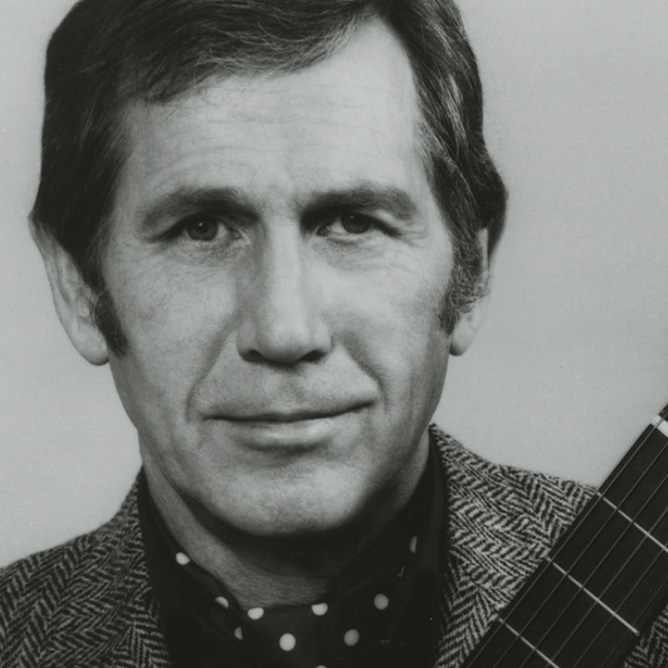 Known as ‘Mr Guitar’ Chet Atkins had a heavy influence based in Country music. Being an inspiration to many big-name guitarists, if you listen closely enough you can still hear Chet’s style within modern music. We check out what makes him such a special guitarist. 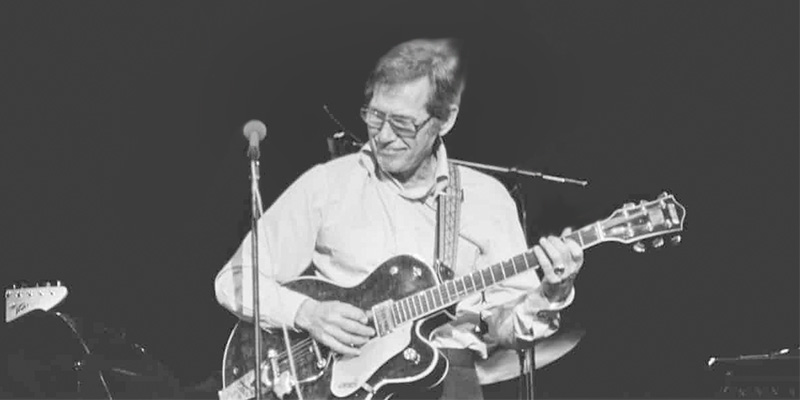 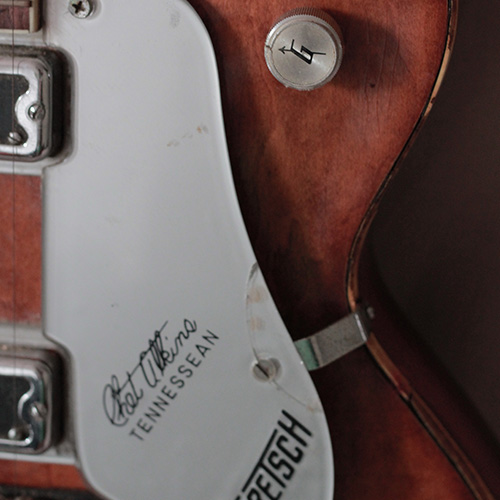 Chester Burton Atkins was born in Tennessee in 1924 into a music loving household. His mother would often sing and play piano while his father was a music teacher, evangelical singer and also a piano tuner. As a result of his musical home life, Chet was able to play guitar, fiddle and the banjo from a relatively young age, with his first instrument being a ukulele given to him aged 5.

Chet rapidly became a well-known session musician, playing on hits by Hank Williams, Faron Young and more. At the same time as becoming a recognised musician, he was sharpening his skills as a producer and record executive. Chet even arranged Elvis Presley’s first Nashville recording sessions, resulting in his breakthrough hit Heartbreak Hotel.

Throughout his career Chet won fourteen Grammy awards, was inducted into both the Country Music and Rock and Roll Hall of Fame, and released a total of 88 studio albums, as well as influencing scores of other guitarists.

Atkins’ is often associated with a distinctive acoustic ‘fingerpicking’ sound which is created by using a combination of fingers and a thumb pick. The goal behind using this technique is to be able to build a foundation based around rhythmic bass notes with his thumb, whilst his picking fingers provided melodic and harmonic variations. His style was often referred to as easy listening country, but it is certainly not easy to play.

Chet Atkins is one of very few guitarists to have signature models with multiple guitar manufacturers, having worked with Gretsch until 1980 and Gibson thereafter. He was most famously known for using the Gretsch 6120, a semi-hollow electric guitar with a Maple body and a Bigsby tremolo. 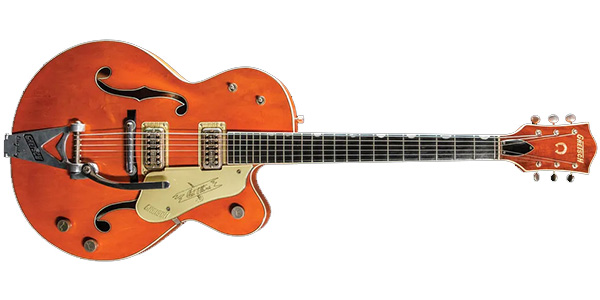 Other Gretsch signature models included the 6122 hollow body, which at 2” thick was thinner than the 6120 and boasted dual humbuckers, and also the 6121 solid body. This model combined a Mahogany body with a Maple top and DeArmond pickups. In true country music fashion it also had a “G” branded into the wood of the lower bout and tooled leather side trim.

Chet Atkins’ Gibson models focused on his desire to develop an electro-acoustic nylon string guitar. His most popular models were the CE; a single cutaway chambered electro-acoustic, and the CEC, which was very similar but had a wider nut better suited to fingerpicking. Another highly sought-after Chet Atkins Gibson signature model is the SST, a solid body steel stringed acoustic with a built-in pre-amp.

Chet’s partnership with Gretsch covered more than just guitars. In terms of amplifiers Chet was most known for the Gretsch 6163 piggyback which was designed to his specifications and carried his name on the fret. This amp had inbuilt tremolo and reverb and a 12” speaker for the first channel, but switched to a 15” speaker for the second channel.

He was also reported to have used a Standel 25L15 Combo amp on a lot of his studio recordings, which was revered for its clean tone. When these amps were made in the early 1950s they were very expensive. It is rumoured that less than 70 of these original amps were made.

Following Atkins’ influence artists such as Eddie Cochran, Duane Eddy and later Eric Clapton all began to play through his Gretsch 6120. Whilst, of course, the guitar suited Chet’s style of playing the true talent came from his signature playing style.

Joe Satriani
A virtuoso that needs little introduction. We dive into the history, gear and playing style of the guitarist and alien surfer.
Eddie Van Halen
We take a brief look into a guitar pioneer who inspired a generation with his unique sound and tapping techniques.
Yvette Young
A truly distinctive player, Yvette Young of COVET combines piano-style chord tapping with unique chords and heavenly tunings.
Playing styles - Country
One of the oldest genres to date, Country music was originally a blend of other styles. We look into what makes a 'grand ole' country guitarist.
Arpeggios
Want better melodies and faster shreds? We dive into an often overlooked playing technique that opens up your improv and solo skills.
St Vincent
We take a look at the history, playing style and gear used by influential guitarist Annie Clark as part of the Grammy award winning St Vincent.
Songwriting Tips & Techniques
Learn a selection of basic tips and techniques that will get you started writing your own songs.