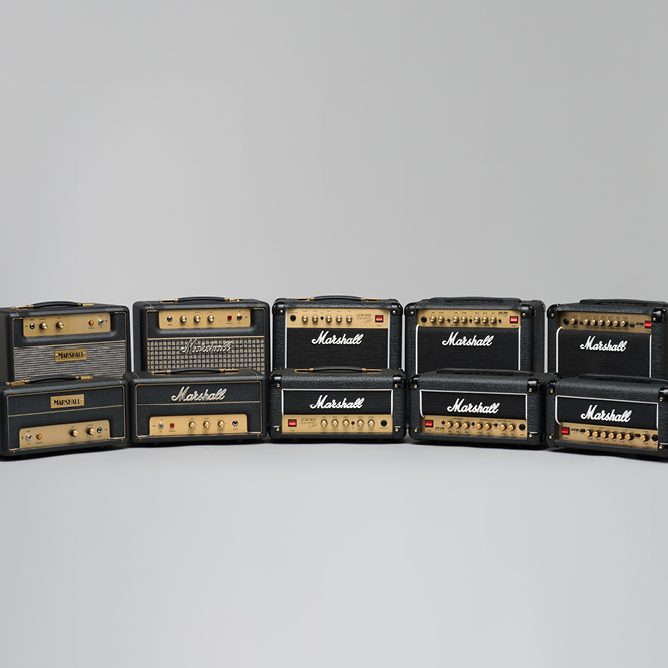 50 years in the making

How marshall celebrated 50 years of success.

The year 2012 was a big deal for Marshall. 50 years of success is a big achievement for any company let alone one which, according to Slash, has “provided the standard for the industry”.  It was not going to be an anniversary we could let pass without celebration; nor one which would be celebrated like any other company.

Marshall began the year by announcing, at NAMM, we would be releasing 5 sets of very special 1-watt heads and combos. These would be British built, all valve and limited edition… something that no Marshall fan would want to miss. The 5 sets would celebrate the 5 preceding decades and be released at 11-week intervals, showing the fans that this was going to be a yearlong party!

Hearing about the 1-watt amp series people assumed that these would be ‘nice and quiet’ amps, but in reality the all-valve power of a Marshall was very different. Luckily 50 years in the game meant we had learnt a thing or two about power,  and installed a Low Power switch on the back of each model to drop the power down to just 0.1 watt. Jim himself called them ‘home friendly’ but Guitarist Mag said that even in the low power mode the amps were “still loud enough for rewarding practice and quality recording”. Well... they are Marshall’s after all!

Each amp was made in the UK and finished with a commemorative 50th anniversary plaque which was attached to the rear panel. Couple this with the unique chance to modestly celebrate ‘50 years of loud’ and demand for the limited edition models went through the roof.

Released in the January of 2012 the JTM-1H and JTM-1C fully embodied the 60’s look. Design features included the block logo, Bluesbreaker grille cloth, letterbox style “Plexi” front panel, jewel power indicator and minimal controls and it wasn’t just the appearance that was influenced by the 60’s.

In true Marshal style the combo is loaded with a 10” G10F-15 Celestion speaker. Jim himself even commented that “Both amps sound and look just like the ones we made back in the 60’s”. In total just over 2000 units were produced for lucky fans. 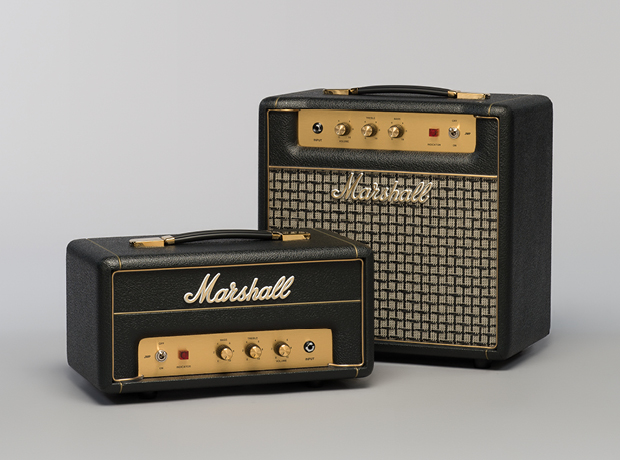 In March, Marshall released  the 70’s inspired set: the JMP-1H head and JMP-1C combo. The amp featured the 70's style gold logo, a non-Plexi gold-anodized aluminum front panel and checkered grille cloth on the combo. The combo was also available with either an 8 inch or 10 inch Celestion speaker. These were the most sought after of  the 50th anniversary amps with almost 3000 units built to help meet the demand. This amp received glowing reviews, with Guitarist Magazine saying that “Overall the results are stunning, and we’re amazed at just how well both reference their full-sized ancestors"

11 weeks after the launch of the JMP, we were ready with our 1980’s inspired JCM set. Music in Britain in the 80’s was dominated by a new wave of rock and heavy metal, and as the JCM800 was a key element of this sound that was the basis for the JCM1. Both the head and combo accurately recreated the JCM800’s iconic styling and sound, but an extra feature was the new boost button.

This was a nifty trick that was first seen on the 2555 Silver Jubilee and added more gain and tone character. The reviews described  the JCM1 as “absolutely adorable” and capable of making a “majestic racket”, which led to a scramble to get hold of one of the 2800 available.

Finding the amp to sum up the 1990’s was the only period where the choice wasn’t blindingly obvious. After serious consideration Jim and the team ultimately made the decision that the DSL was the worthy winner thanks to its two channels and unique tone. This provided an engineering challenge as it was key to include both channels along with EQ shaping features in a tiny package. Once the team were happy with what was under the hood, the DSL-1 set had far more features than most of the other 1-watt amp sets and set the blueprint for all practice amps to follow. Following its release in September 2400 models were quickly snapped up by eager fans.

Representing the present day and the 2000’s was the JVM-1, which was released in November 2012. Key to the JVM’s success is its versatility, which was accurately recreated but in a much smaller form.

The JVM-1 featured clean and overdrive channels, whilst the JVM-1C was housed with an 8” G8C-15 Celestion speaker to give it that amazing signature Marshall sound. People once again loved the 1-watt head and combo version of this amp which was reflected in the 2,250 orders. 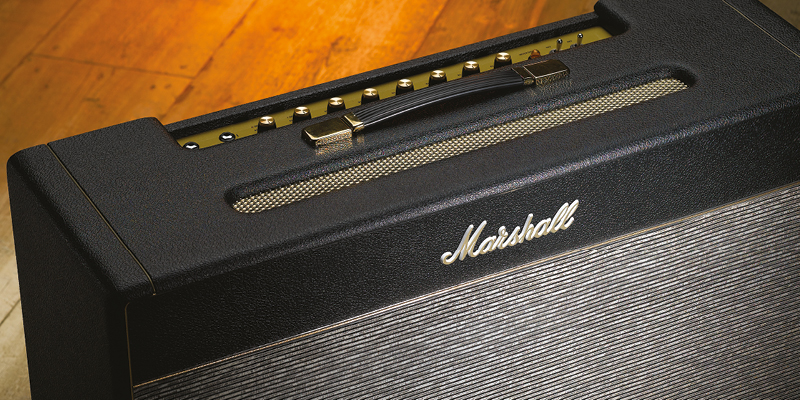 No Marshall anniversary would be complete without mention of the 1962. After all the treasured combo amp, otherwise called the ‘Bluesbreaker’, is one of the most highly acclaimed and sought-after combos in rock history. On top of that  its name coincidentally marks the year when it all started. With this in mind we created a limited edition, hand wired, MKII Bluesbreaker combo, which was only ever available to purchase in conjunction with an aged, gold top, Gibson Les Paul. This meant it was extremely hard to get hold of and had a hefty price tag to go with it. Only 50 were available in the worldwide, but this was the closest you could get to the original second-series of the 1962. 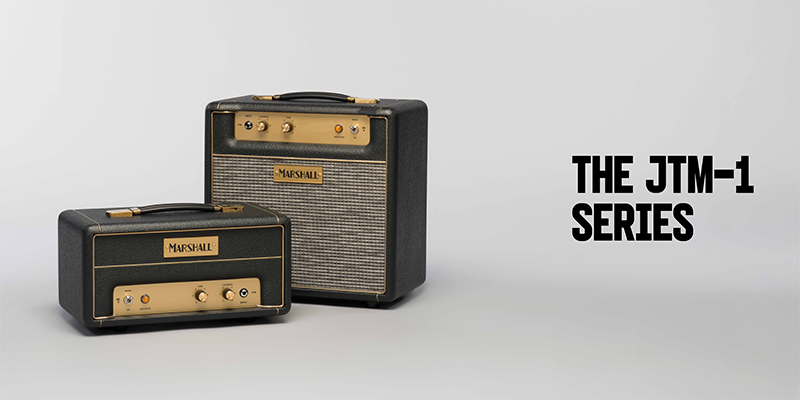 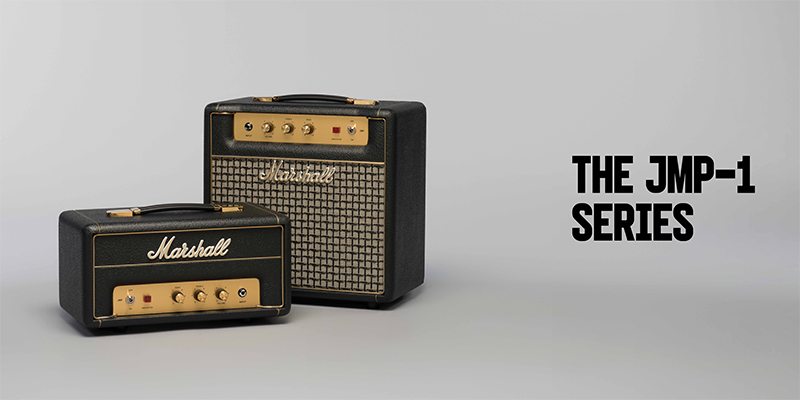 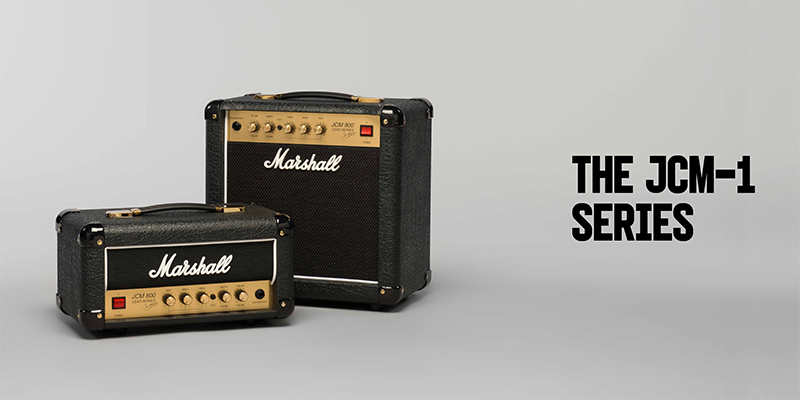 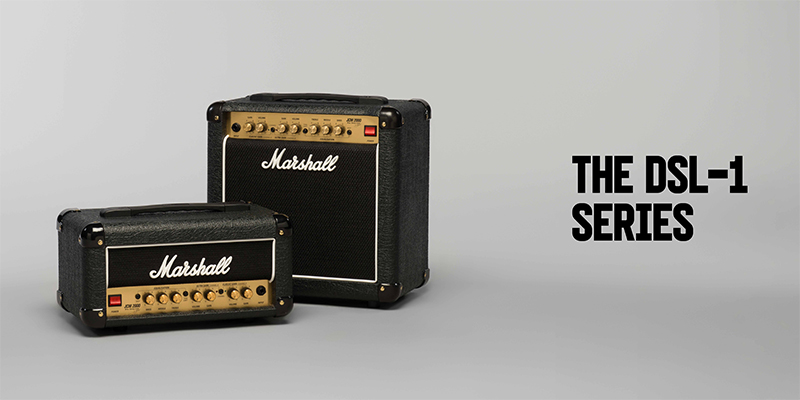 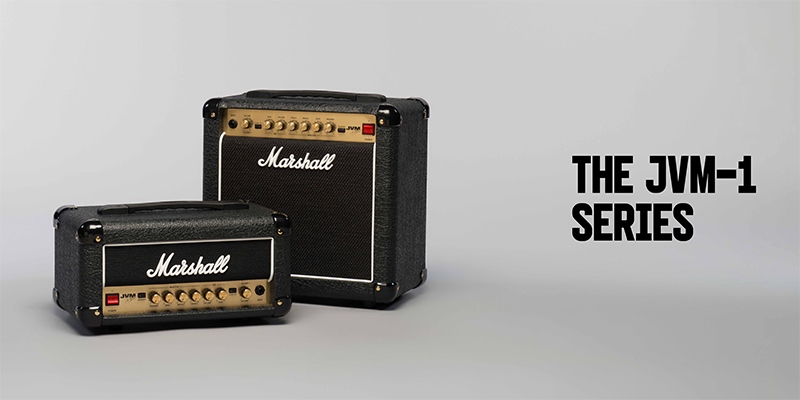 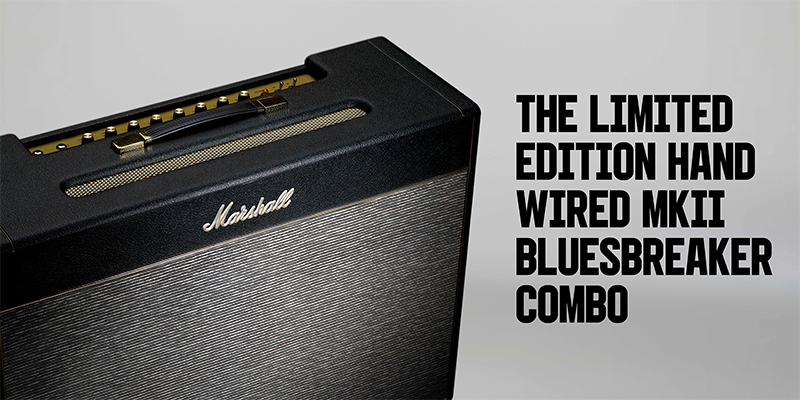