The tale of the most iconic tone in rock history. 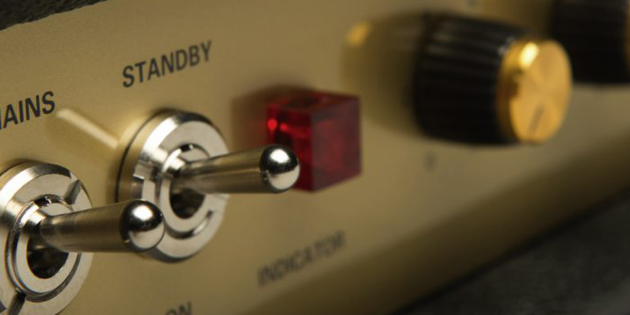 "The 1959 SLP head is everything you need from an amp...What more could you ask for in a rock band? It's the most rocking head I've ever had."
Simon Neil, Biffy Clyro

There's a lot that can be said about the 60's but there’s no denying that it was a decade that delivered some great amps. In over 50 years of Marshall, only a select handful of amps can come close to the legendary status of the ‘Plexi’ amplifiers. Their popularity and heritage have stood the test of time, which is why they are still replicated and produced today.

The journey to the ‘Plexi’ began when Pete Townshend was once more asking for a louder amplifier. The Marshall team delivered a prototype with four KT66 valves and two 50 watt transformers. It was immediately clear that the sonic range of this amp was different to anything that had come before it. By the time the first production models were developed in 1965, the 50 watt transformers were replaced with 100 watt output transformers. In 1967, the KT66 valves were replaced with EL34’s, now synonymous with traditional Marshall growl and bite. 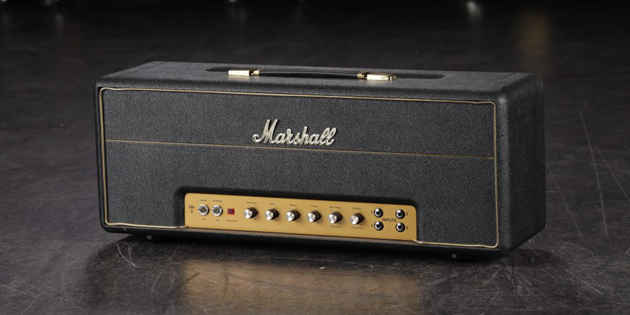 The look and aesthetic of the ‘Plexi’ amplifiers are arguably one of the most defining features. The name originates from its shiny, Plexiglas panel, commonly used on Marshall amps between 1965-1969. Although many amps are referred to as ‘Plexi’s’ The 100 Watt Super Lead (model number 1959) is most commonly associated with the name.

The popularity for the 100 watt amp exploded through the late 60’s due to the power, tone and sheer volume of the ‘Plexi’. With PA systems still in early production, the massive volume of this amp made it the first choice for guitarists playing large venues. The 68 specification amps were a hit with Jimi Hendrix, Cream and The Who, creating huge amounts of exposure and marking the ‘Plexi sound’ as the sound of rock. 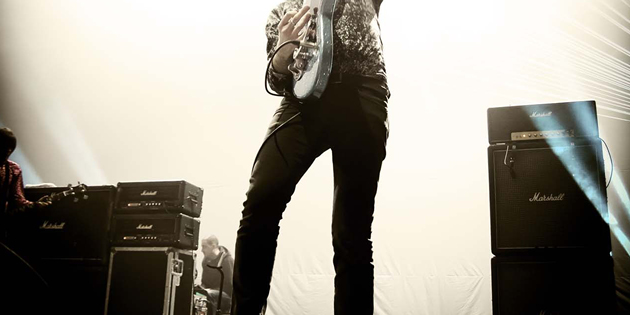 Since its glory years, the ‘Plexi’ has been reintroduced as part of the Vintage Reissue series and also in the Handwired Series. We proudly built a replica so exact that its sonically impossible to tell the difference. To ensure modern versatility we also added a Series FX Loop with a True Bypass switch feature. The Vintage Reissue has done incredibly well and is favoured by Kevin Skaff from A Day To Remember, Dan and Justin Hawkins from The Darkness and many others.

Then 2019 was when the 1959SLP became tameable. The Studio Vintage recreated the 1959SLP in a 20W form. Portable and perfect for small gigs and rehearsals, the Studio Vintage is easy on the eyes and ears, stylistically modelled after the classic Plexi with all that classic tone to boot. We also released a 100W limited edition 1959HW Bernie Marsden signature amp too later that year.

Check out the 1959SLP family

1959HW | Product Demo
Watch us demo the 1959HW amp -- a faithful recreation of the legendary 1959SLP Handwired, famously used by Jimi Hendrix.
Bernie Marsden | Limited Edition 1959HW
Introducing the limited edition Marshall 1959HW Bernie Marsden signature amp. Limited to 120 units, this hand-wired amp features unique mods to the original 100w 1959 along with an iconic white ‘Snakeskin’ look.
Studio Vintage | Official Demo
Based off the 1959SLP, the amp that defined the tone of the 60s, the Studio Vintage is here to do it all over again!
Dan Hawkins | The Darkness | Studio Vintage Playthrough
Dan Hawkins of The Darkness checks out the NEW Studio Vintage when he joined us at NAMM 2019 in Anaheim, CA.
Lewie Allen | Sam Smith | Studio Vintage Playthrough
Lewie Allen, guitarist with Sam Smith tests out the Studio Vintage series.

The Father of Loud
Guitarist and vocalist Oli Brown joined us for a musical tribute to our founder, Jim Marshall, the Father of Loud.
History of 1962 bluesbreaker
The 1962 'Bluesbreaker' is a name that will be remembered forever. Discover how one humble amp became a legend.
History of JCM900
With all the gain you could ever want, the JCM900 is an all-valve masterpiece. Find out more about the 90's icon.
History of JCM800
The original 'it girl' of the amp world, the JCM800 is truly unforgettable. Relive the amp that defined a generation.
History of Valvestate
Valvestate technology altered the way everyone viewed solid state amplification. Uncover the story behind a true game changer.
History of 30th anniversary series
Brilliant in blue and dazzling in white, the 30th anniversary amps are sure to go down in history as some of the boldest ever made.
Changing the Game
Find out how Natal's founder, Alan Sharp, revolutionised percussion manufacturing empowered drummers to take centre stage.
History of DSL Series
Known for providing classic crunch, monster overdrive and shimmering clean tones; we look back at 20 years of the DSL.
History of the Silver Jubilee
Celebrating 25 years of Marshall whilst also ushering in a new era of tone, we look at the history of the Silver Jubilee.