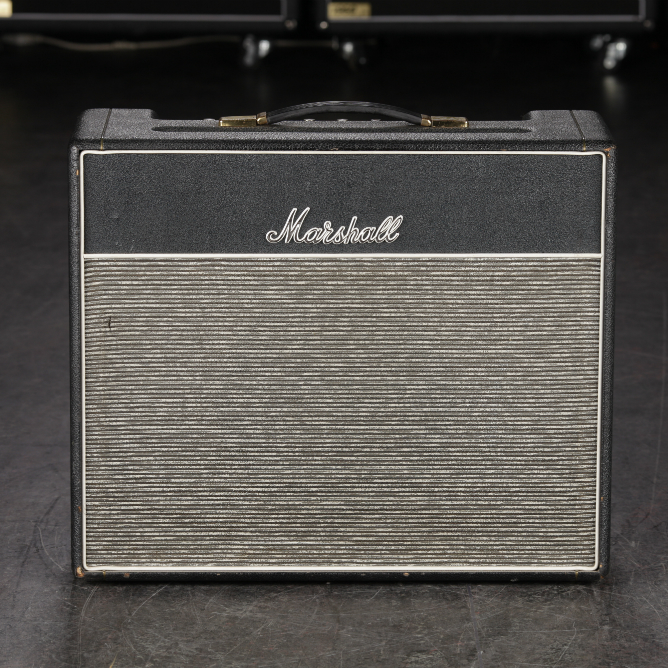 The untold story of the ultimate 18-watt superstar.

Everyone knows Marshall for making things louder but that’s not the only way we push boundaries. Determined to improve upon the existing practice amp market, we began developing our own low powered amps. In 1965, our vision became a reality with the release of the 18W Marshall 1974. Known for its exquisite hand-wiring, it was about to shake up the scene for studio players.

Almost a Bluesbreaker in miniature, the 1974 featured a grey and white pinstripe fret cloth, white piping and a white script logo. There were two channels, each with 2 inputs, tremolo and a footswitch. But as with all amps, it was inside the chassis where the magic was happening. The combo was powered by three ECC83 preamp valves and two EL84 output valves with an EZ81 rectifier. A 12” Celestion speaker provided a characteristic rich sound that was perfect for studio use.

However, all these great features came at a price and in 1968 the original model was replaced by a 20W amp without the EZ81 rectifier, making them less expensive to manufacture. The 20W 1974 featured very similar styling to its predecessor but internally featured two ECC83 preamp valves, two EL84 output valves and a solid state rectifier. Marketing campaigns shifted to focus on the newer 20W heads and by the early 70’s the whole series was phased out. 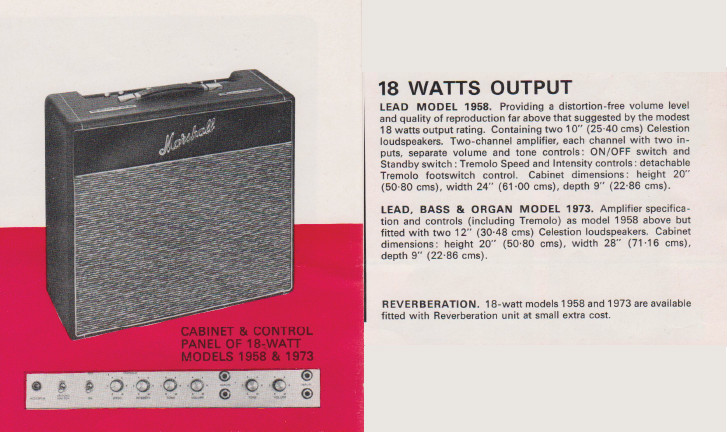 After three decades off the market, the 1974 was resurrected in 2004 to launch the Marshall handwired reissue series, which was announced at Summer NAMM. Named the 1974X, the reissue was designed to remain as faithful to the original as possible, with a few modern additions for player satisfaction. Special care was also taken to create an aged effect on the Celestion Greenback speaker.

History of the Silver Jubilee
Celebrating 25 years of Marshall whilst also ushering in a new era of tone, we look at the history of the Silver Jubilee.
The story of the studio series
We go behind the scenes to uncover a family portrait that's been over 50 years in the making.
History of DSL Series
Known for providing classic crunch, monster overdrive and shimmering clean tones; we look back at 20 years of the DSL.
Changing the Game
Find out how Natal's founder, Alan Sharp, revolutionised percussion manufacturing empowered drummers to take centre stage.
History of 30th anniversary series
Brilliant in blue and dazzling in white, the 30th anniversary amps are sure to go down in history as some of the boldest ever made.
History of JCM900
With all the gain you could ever want, the JCM900 is an all-valve masterpiece. Find out more about the 90's icon.
History of 1962 bluesbreaker
The 1962 'Bluesbreaker' is a name that will be remembered forever. Discover how one humble amp became a legend.
History of 1959SLP 'plexi'
The people wanted louder so we gave them louder. Now the 1959SLP has a sound synonymous with rock.
The Father of Loud
Guitarist and vocalist Oli Brown joined us for a musical tribute to our founder, Jim Marshall, the Father of Loud.
History of Valvestate
Valvestate technology altered the way everyone viewed solid state amplification. Uncover the story behind a true game changer.
History of JCM800
The original 'it girl' of the amp world, the JCM800 is truly unforgettable. Relive the amp that defined a generation.