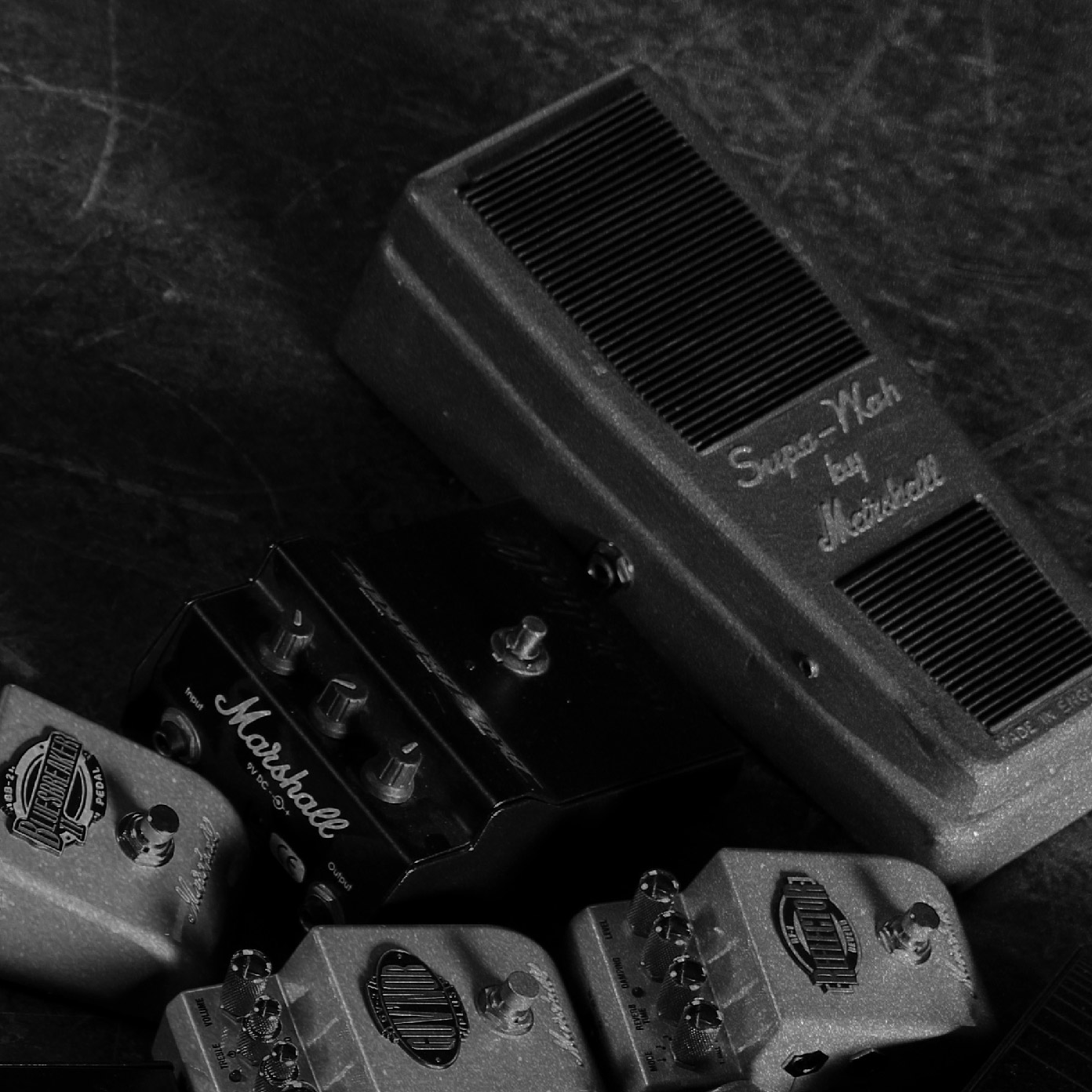 The year was 1966, fashion and football had taken over the nation’s consciousness, whilst in the music world, the Rolling Stones and The Who were huge rock stars. Just four years after our first amp was sold in Jim’s store, Marshall effects pedals were about to hit the market. It’s not only Jagger’s swagger and Townshends’ windmilling that have remained from that period. Our pedals survived too, but they’ve seen plenty of changes and additions since those early days. This is the story of how Marshall pedal's legacy began. 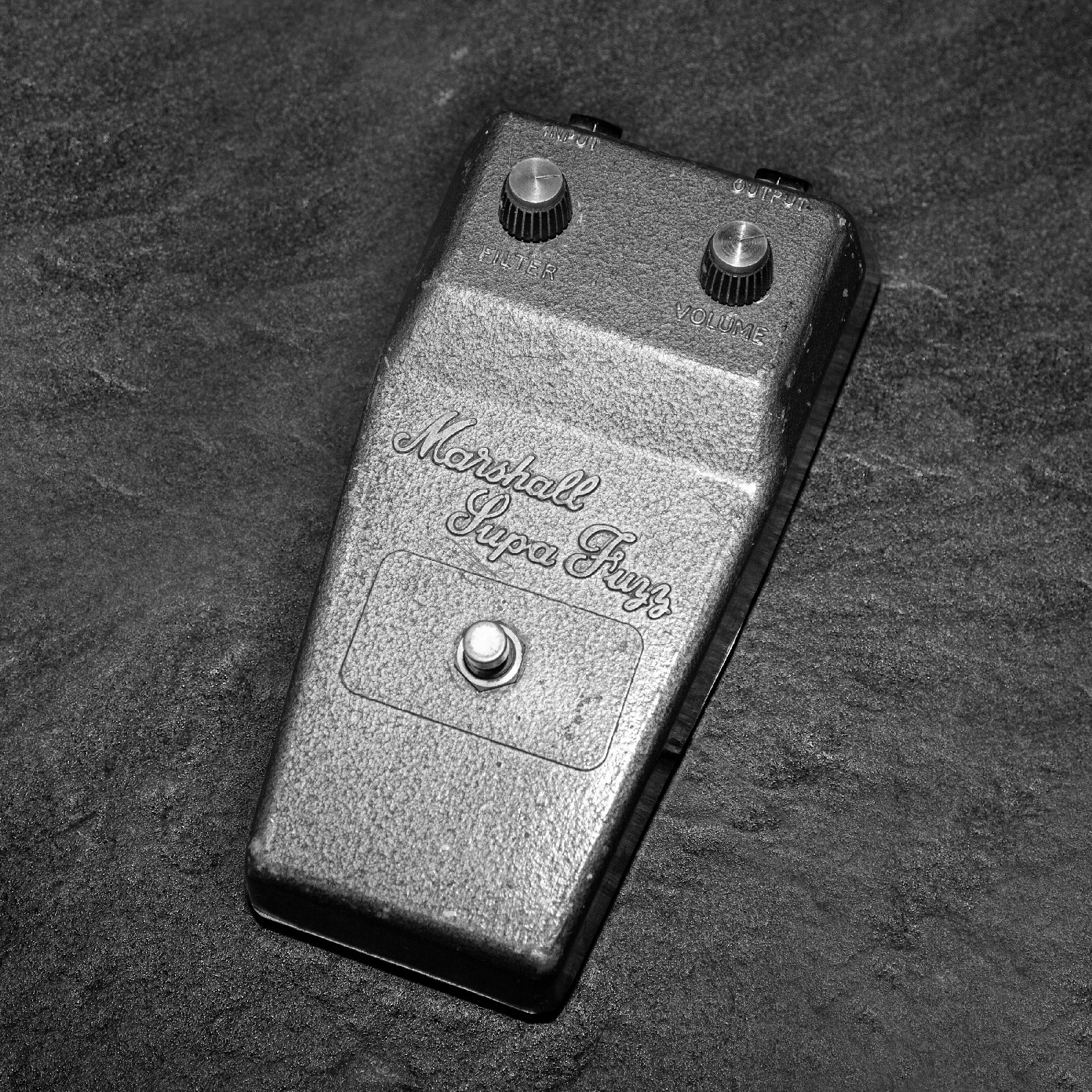 Like how the first Marshall JTM was based on the Fender Bassman, the Marshall Supa Fuzz also has roots in another pedal entirely. In 1964 Gibson created one of the very first fuzz pedals - the Maestro Fuzz Tone. This in turn inspired Sola Sound to create the Tone Bender; essentially a British version that had more sustain than its American counterpart.

By 1966 the Tone Bender MKII was launched, featuring 3 transistors that produced a thick, saturated fuzz tone.

Marshall then reached out to Sola Sound to produce its own fuzz, The Supa Fuzz. This was heavily based on the Tone Bender MKII, but the circuit was modified to provide more bass response. The Supa Fuzz was released in 1967 for the princely sum of £12 and 15 shillings and would remain in production until approximately 1972.

Jimi Hendrix used a Marshall Supa Fuzz from 1967 before switching to a Dunlop Fuzz Face later in the decade. Online searches revealed a receipt from when Jimi first rented the pedal from Sound City in London’s West End. Pete Townshend, Iggy and the Stooges and Jeff Beck all followed suit and played using a Supa Fuzz. Nowadays the Marshall Supa Fuzz is heavily sought after and is widely recognised as one of the original fuzz sounds. 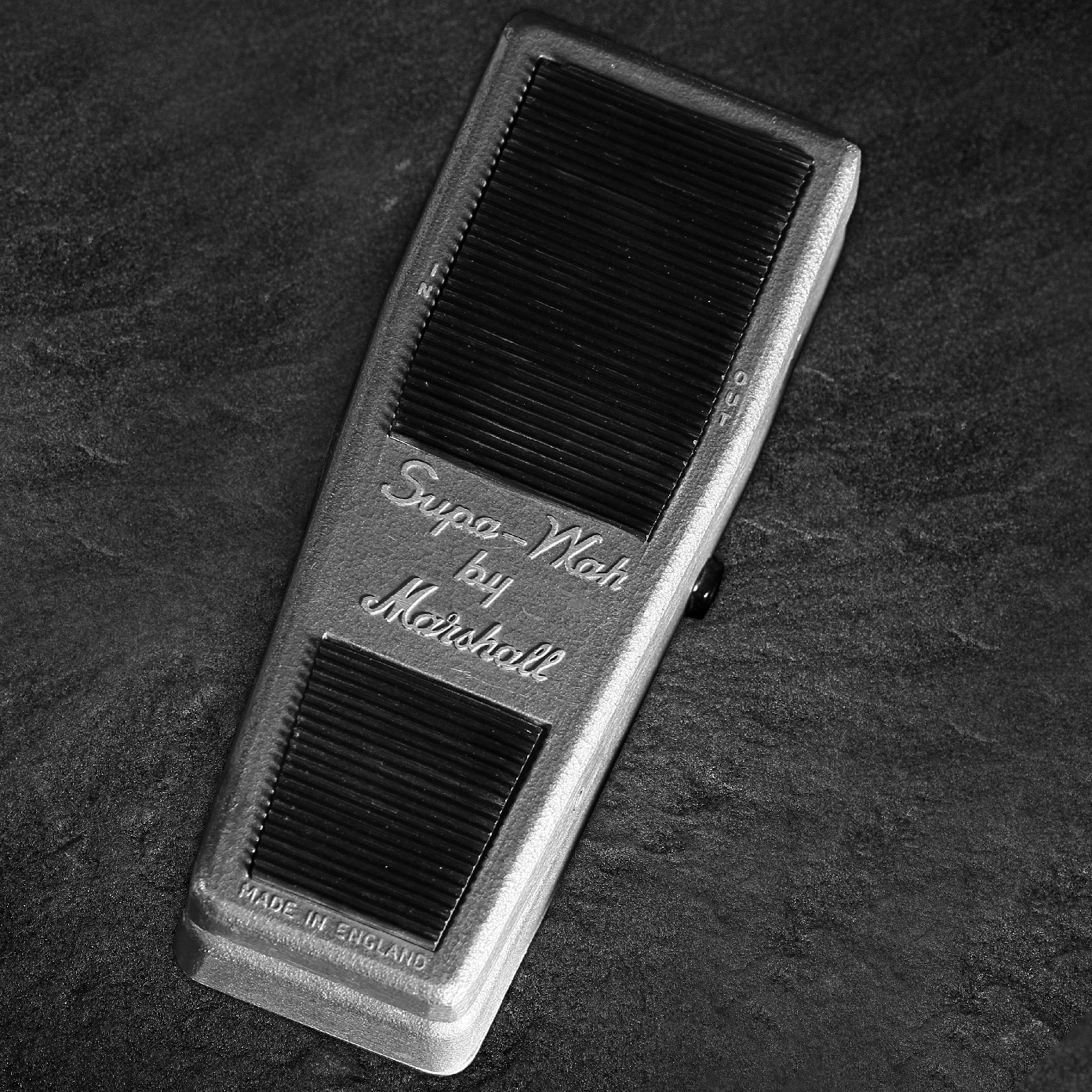 Hot on the heels of the Supa Fuzz in 1967 was the Marshall Supa Wah, which was also produced by Sola Sound and followed in the footsteps of another established pedal, the Colorsound Supa Wah.

Unlike the majority of wah pedals, the initial Marshall Supa Wah featured low gain germanium transistors which provided a smooth sound and singing highs, however part way through production these were changed to silicon transistors. The change provided more low end and depth, creating a variation of the instantly recognisable ‘chucka chucka’ tone, but still saturated with 60’s/70’s groove.

History of the JTM45
The first amp ever made and sold by Marshall. It's got a bit of a history and we have a go at telling it.
History of 1974
The untold story of the ultimate 18 watt superstar.
The story behind the infamous Marshall stack
You’ve seen them. There’s absolutely no doubt about it.
History of DSL series
We look back at 20 years of classic crunch, monster high-octane overdrive and shimmering clean tones.
History of JCM800
Relive the story of the original 'it girl' amp that defined the sound of a generation and is just as unstoppable today.
History of 1962 bluesbreaker
The 1962 'Bluesbreaker' is a name that will be remembered forever. Discover how one humble amp became a legend.
History of 30th anniversary series
Brilliant in blue and dazzling in white, the 30th anniversary amps are sure to go down in history as some of the boldest ever made.
History of Valvestate
Uncover the story behind Valvestate technology that altered the way everyone viewed solid-state amplification.