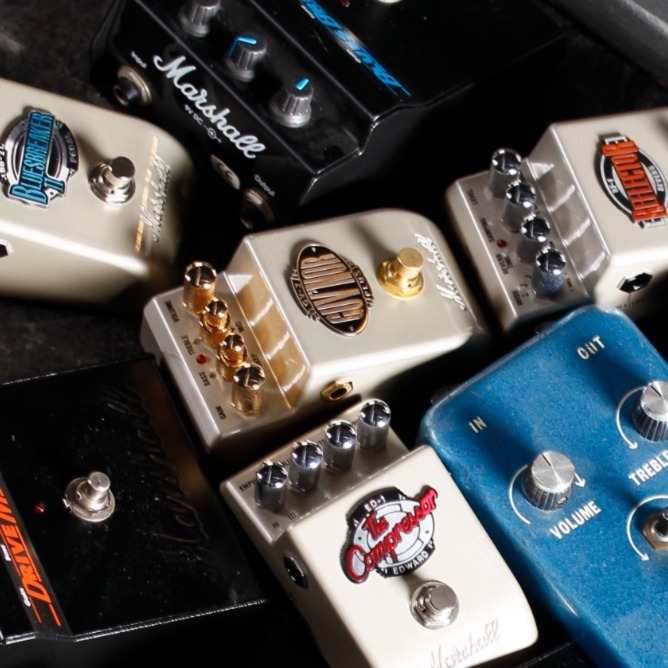 Marshall pedals have dominated the market for many decades. In this article, we will be looking at the more modern pedals Marshall has made Mark II series and the DRP-1. 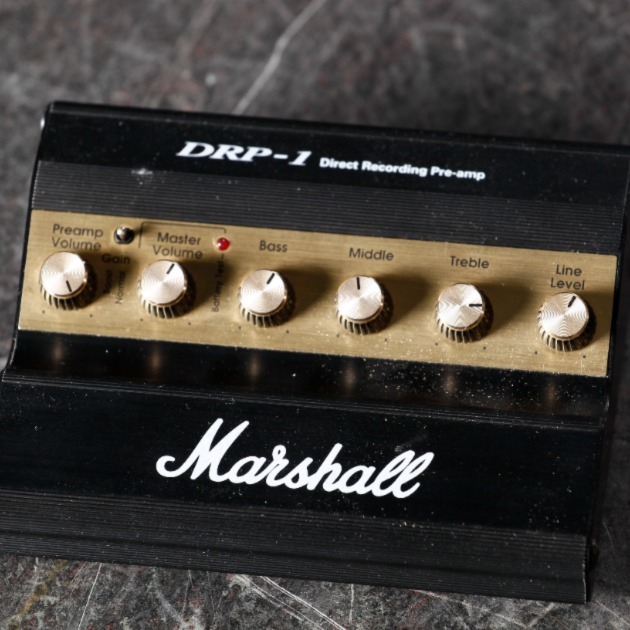 The Mark I series aimed to recreate the sound of Marshall amps in pedals, but their success actually came from offering something different that wasn’t available elsewhere. The DRP-1, however, was a pre-amp that effectively recreated the tone of the JCM800 2203. The DRP-1 used micro-electronic techniques to emulate the tone and feel of a typical Marshall, so when placed in front of an amp, it provided plenty of tonal options. It also allowed players to have that Marshall sound without having to carry their full rig around, as it could be plugged straight into a PA or could be played silently thanks to its headphone socket.

Opinions were mixed, with some players loving the DRP-1, whilst others claimed its sound was disappointing. Sales were also uninspiring, but the DRP-1 allowed us to introduce new technology and offer players exciting alternatives to what had come before.

The late 90s saw pedal use and demand from guitarists increase and players wanted to have complete control over their sound. The Mark II pedals allowed just that.

Six pedals were initially released in 1998. Amongst the first releases were the ‘Guv’nor II’ and the ‘Bluesbreaker II’, which were re-imaginings of the original versions of those pedals. Also forming part of the initial release were the heavy distortion ‘Jackhammer’, the switchable vibrato/tremolo ‘Vibratrem’, the dreamy ‘Supervibe’ chorus and fully flexible ‘Compressor’. Later additions were ‘Echohead’ delay, ‘Reflector’ reverb and ‘Regenerator’, which combined a chorus, phased and flanger into one handy package.

The Mark II range of pedals were affordable, reliable and wide-ranging. Demand meant that these were consistently produced for 20 years, since first being introduced, and will undoubtedly be on plenty of pedalboards for many years to come.

The story of the Studio series
We go behind the scenes to uncover a family portrait that's been over 50 years in the making.
The history of JVM
The JVM can do a little bit of everything. We look back at the origins of the series and see why it has become the ultimate all rounder for pro musicians.
History of Valvestate
Uncover the story behind Valvestate technology that altered the way everyone viewed solid-state amplification.
History of JCM800
Relive the story of the original 'it girl' amp that defined the sound of a generation and is just as unstoppable today.
History of JCM900
With all the gain you could ever want, the JCM900 is an all-valve masterpiece. Find out more about the 90's icon.