Want better melodies and faster shreds? In this article we dive into an often overlooked playing technique that opens up your improv and solo skills - Arpeggios.

What is an Arpeggio?

The term ‘Arpeggio’ comes from an Italian phrase and means ‘To play a harp’. One thing you’ll notice is that harp players often play singular notes in turn. That is exactly what an Arpeggio is - the notes of a chord broken up individually. Note that an Arpeggio is not a scale. A scale is notes that fit around a certain key whereas an Arpeggio is notes that fit only around a certain chord and not a relevant key. Found in jazz, metal, pop and more; an Arpeggio has no strong root in a certain genre. Also commonly used in electronic music is an Arpeggiator, this will be a sequencer that will run each note of a chord in different octaves, rhythms and speeds to create massive hooks or fill out a chorus part.

Why is the Arpeggio so groundbreaking to guitar?

Well, if you can make yourself aware of where each note of the chord that’s being played is, you’ll be able to play them in succession and create really interesting lead lines. One problem with soloing is that sometimes there’s a gap where a flourish of notes would work really well, but you may struggle to find the right ones on the fretboard. Again, this is where the Arpeggio comes in. 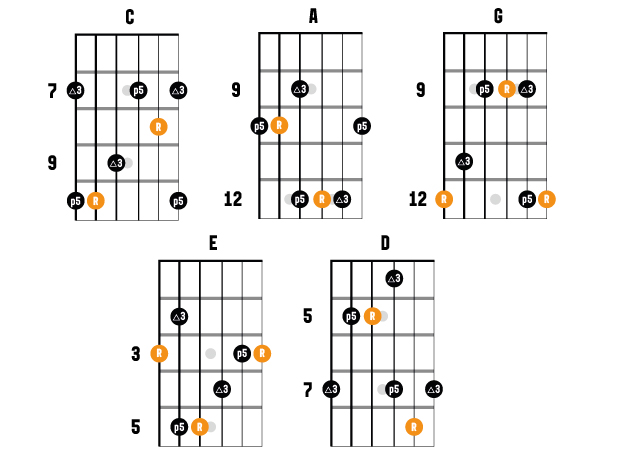 It’s also helpful to understand the difference between a scale and an arpeggio - An Arpeggio is where you play each individual chords’ tones and play notes relevant to the chord. Therefore with each chord change your position would change, whereas a scale is a set of notes in a key that stay static regardless of what chord changes there are. 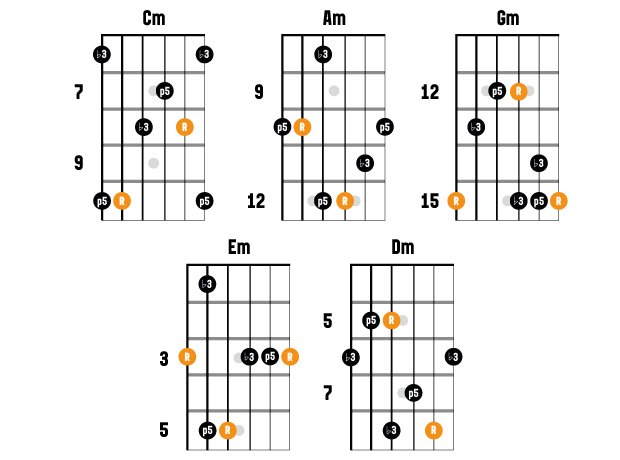 The Arpeggio style of playing is used by many of the greats and will allow a lot more fluidity, especially for players who often feel stuck in a box playing a minor pentatonic in one position a lot of the time. Experiment with these shapes over the relevant chords and keep practising to build up your speed getting from shape to shape.