A genre that has deep roots within Marshall, metal has taken on many different shapes and sizes over the years. We look into metal history, playing styles and the equipment used. 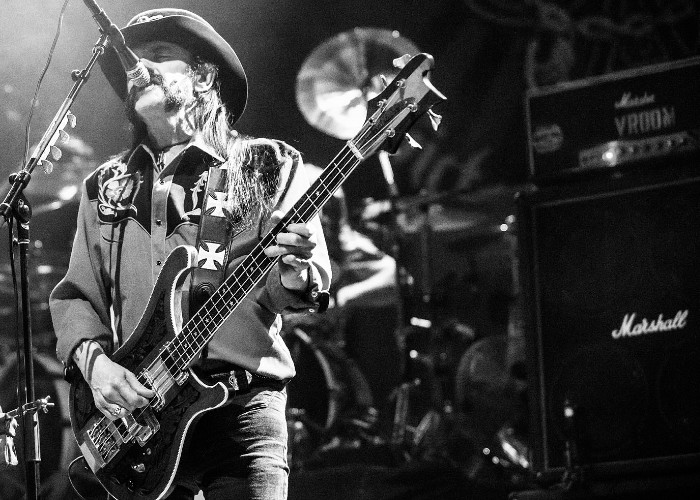 Metal/Heavy Metal grew quite naturally from the origin of rock music in the late sixties. Following the Hendrix era, bands such as Led Zeppelin, Black Sabbath and Alice Cooper were experimenting with heavily distorted guitar sounds and darker themes.

UK acts such as Iron Maiden and Motorhead added more of a punk ethos and during the 1980s, thrash metal was born. Artists such as Metallica, Slayer, Megadeth and Anthrax became titans of the genre. Since then, metal has expanded into further fields such as nu metal, death metal and black metal, with many fusion genres existing today.

Classic metal guitar tropes include distortion, distortion and more distortion! Many metal acts such as Slayer, Motorhead, Children Of Bodom and Iron Maiden relied on large Marshall 4x12 stacks with Marshall amplifiers to get the huge, distorted tone they were after. The power behind the EL34 power valves loaded in a JCM800 amp allowed seriously aggressive tone and huge output. If you're after a more modern take look no further than the JVM, released in 2007 to provide professional musicians with an amp that can do everything, and played by pretty much every metal titan at some point in their careers. Find out more about the story behind the JVM here.

A common technique to get a true metal sound is using a pedal in front of an amplifier and coupling that with a noise gate pedal, as high output pickups will result in a lot of feedback and noise when the guitar is live.

In terms of guitar the eighties saw guitars designed with higher output pickups to maximise power and increase distortion. You should be looking for something along these lines, so some high output humbuckers should do the job nicely. Couple this with a double cutaway solid body guitar to enure you have access to higher frets, and a lightweight neck so you can comfortably shred riffs and facemelting solos.

As for extras you might want to consider locking tuners so that you can play alternate tunings without worrying about your drop C going out of whack. A large number of metal players also opt for extra strings to get deeper tones and may partner this with jumbo frets so they can get all over the fretboard whilst avoiding bum notes. A whammy bar could also be part of the package so that you can divebomb away à la Dimebag Darrell.

In terms of musicality, metal is usually high tempo and in a minor key, featuring large drum fills, aggressive vocals and the occasional guitar solo. An iconic ‘riff’ in each song is paramount in metal, from iconic guitar lines in Metallica to huge breakdowns and dischords in modern hardcore. Scales used are primarily the pentatonic, natural and harmonic minor scales and are played with impressive accuracy up and down the fretboard.

Another common technique in modern metal guitar is tuning the guitar down two steps and then dropping the top string so the guitar tuning is CGCFAD (Drop C). Despite saying this, standard tuning and whole step tuning is commonly used by artists such as Metallica and Iron Maiden so make sure to adjust your tuning to best fit the song.

Many other guitar techniques are adopted in metal music such as dive-bombs (primarily from floyd-rose tremolo bridges) bends, hammer-ons, tapping and pinched harmonics.

We've created a playlist to take you through the key moments in metal. From the ever increasing gain of the late 60s and early 70s through to the many variations of modern metal that exist today, this playlist showcases those who've made metal what it is today.

Metal is a difficult genre to master, but a very fun style of music to play. Make sure to turn up the gain, tune down, and give it hell!

Playing styles - Blues
No genre has had a greater influence than the blues. We look at where the blues began and what elements of blues are still prominent today.
Playing styles - Country
One of the oldest genres to date, Country music was originally a blend of other styles. We look into what makes a 'grand ole' country guitarist.
The history of JVM
The JVM can do a little bit of everything. We look back at the origins of the series and see why it has become the ultimate all rounder for pro musicians.
History of JCM800
Relive the story of the original 'it girl' amp that defined the sound of a generation and is just as unstoppable today.
Signature Stories - Part 1
We take a look at what makes the Hendrix, Slash and Zakk Wylde Signature amps so special and how they came to be.
Signature Stories - Part 2
We check out 4 more signature amps from the archives to uncover what makes them so special; Randy Rhoads, Lemmy, Kerry King and Paul Weller.
Signature Stories - Part 3
For the final part of our look back at Marshall Signature amps we’ve got to grips with unique models for Dave Mustaine, Yngwie Malmsteen, Joe Satriani and Slash… again.