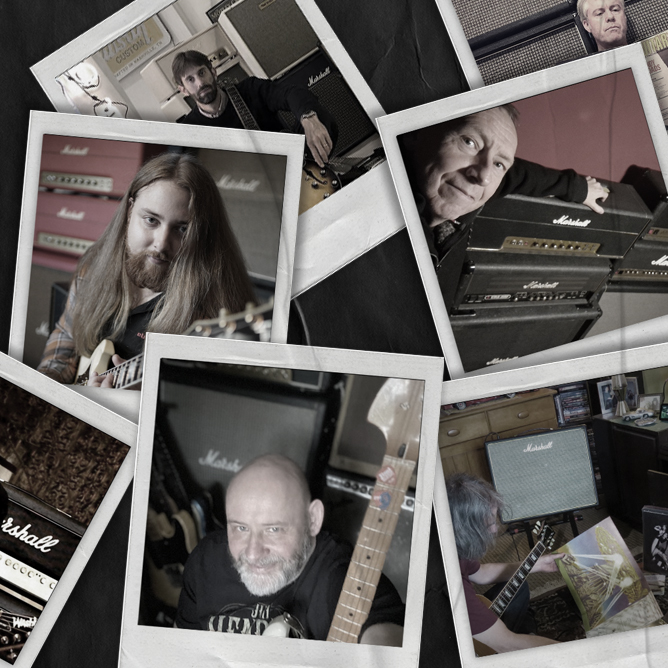 We've spoken to the people that really matter - Marshall superfans.

Since 1962 we've had an impact on, not only, sound but also on the people behind the music. The first Marshall amp was created after young muscians visited Jim's shop in Hanwell in search of a new amplifer. When they couldn't find the sound they were after Jim and his team got to work and delivered. The Number 1 earned 23 orders on its first day in store and the rest, as they say, is history.

Decades later, people are still using Marshall to achieve their desired sounds. Take a look below at some people who have found their sound and just can't get enough.

Axel Haefner
Actor, musician and presenter Axel has been playing guitar for nearly 40 years. He draws his inspiration from Guitar Hero Jimi Hendrix.
Clinton J. Keating
Clinton's musical influence comes from his upbringing on New Zealand’s South Island and his time spent in Canada and Europe.
Edu Trinnes
Edu Trinnes, an artist from Brazil and a student of Kikko Loureiro, tells a little of his history with Marshall amplifiers.
Erik J. Kiel
Born in the Netherlands, Erik started playing guitar when he was 14 and started collecting Marshall only a few years later.
James Pace Band
Starting in 1987 with just a Micro Stack, James Pace Band is now an established regional act.
Michael Oroszi
From the moment he saw Jimi Hendrix’ iconic stacks, Michael knew that it was Marshall that’d give him the sound he was looking for.
Philip Snyder
Since the 1980s, Philip has had the great fortune to play and record with some wonderful and very talented musicians.
Tommaso Lanzoni
Tommaso is a collector of vinyl’s, CDs and of course Marshall limited edition amplifiers.

Here are some more Marshall fans