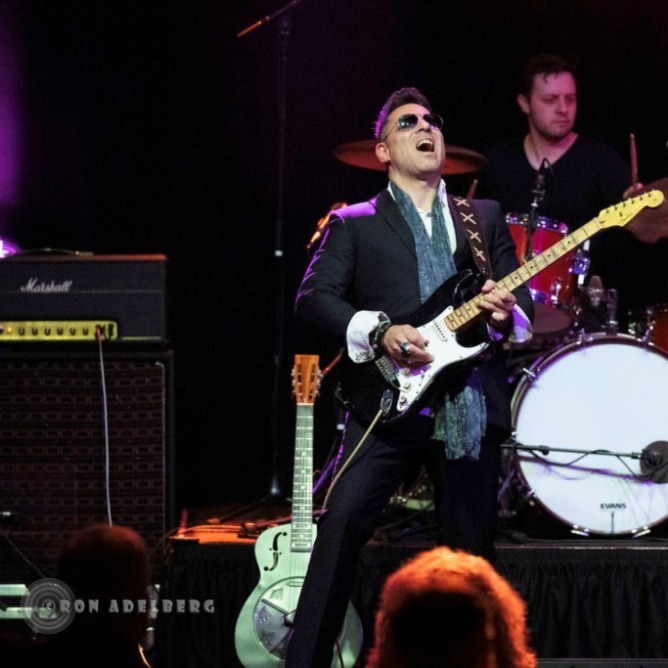 What is in your Marshall collection?

I have a 1971 Marshall JMP Super Lead which has been my main amp since 1998 - I’ve recorded two albums with this and played hundreds of shows with this amp.  It is all still original except the Brimar 12ax7 pre-amp tubes and the 2 Mullard Power Tubes and a few of the caps.  I could go on and on about this amp, but it’s the base foundation of a million “tone hours” I put into it with love.  I also use two Marshall 4x12 cabs from 1971 (Slant cab matches head) and 1972 (Super BASS straight).

I also have a 1962HW Marshall Bluesbreaker which is one of the 2015 point-to-point, hand-wired amps that I absolutely love and use sparingly to pair with the 1971 JMP setup. 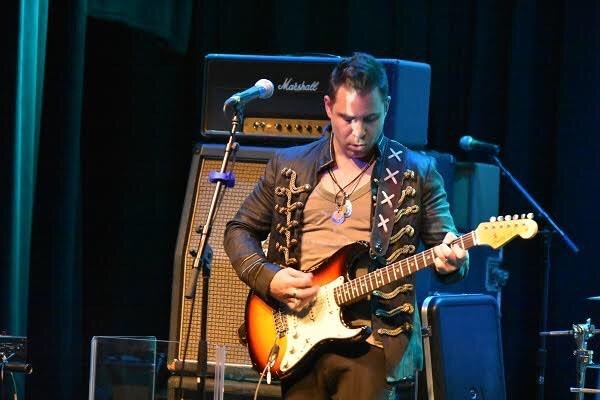 Are you part of a wider Marshall or music community?

Yes - Several Marshall online forums are where I‘ve contributed lots of my time and knowledge. It is an incredible community, and we all help each other troubleshoot issues we’ve faced when searching for particular sounds. As well as written posts, I do also post a lot of live show photos on several of these sites to meet new folks and help others with their tone.

What does Marshall mean to you?

Going back to my first impressions of what makes a guitar player special, Marshall has been the face of that impression.  For example, everyone knows the Marshall face and sound; whether they realise it or not. The sound is what the world knows as rock and roll - from AC/DC to Eddie Van Halen  to Stevie Ray Vaughan through today with players like me who are just getting out of the gate.  It is the foundation of my sound. It means everything to me.

What's your first memory of Marshall?

My first memory of Marshall is the tone chasers of Eddie Van Halen, the Hendrix posters with the amps in the background and my very first vintage Marshall which was a modded 1976 JMP. I quickly stated learning that actually less is more… but those were the earliest memories where our guitar heroes were making history with The Father of Loud ruling the tone.

What was your first amp?

My first amps were all borrowed but my first amp that I ever bought was a Marshall Micro Stack that I got in 1987. I think that means I must’ve been about 12 years old!

If you could build your very own signature Marshall amp, what features and functions would you choose and why?

I am a simple guy and love the JMP from 1970 as is, but if I had to add anything it might be a bit experimental with the goal of simplifying one’s pedalboard.  The hardest beast to tame is the wild impedance differences between and amp and Fuzz / Wah - Also, good luck adding in the uni vibe / Echo plex.  It’s very “room to room” each night and quite challenging to keep that simple and retain a beautiful tone signal.  So anything that can simplify that pain and keep the signal paths pure would be amazing.

The JMP due to its raw power and ability to retain a nice clean and clear gain tone that is warm.

Warmth and breakup gain stage.  So, with the JMP I can put a tube echo plex preamp in front of it and it behaves like a gentleman and is very responsive and respectful of the early 70’s fuzz and Wah.  When something is perfect… it’s perfect, no changes needed. Of course though, “perfect” is subjective and comes from what you have listened to and what you’re inspired by.  So for me that was a lot of live Hendrix - For others it may be Slash’s super clean signal path and pure strength in his hands while players of today also create incredibly smooth tones with your new amps. Each to their own. No rules, just enjoy.

Get to know the other superfans

Axel Haefner
Actor, musician and presenter Axel has been playing guitar for nearly 40 years. He draws his inspiration from Guitar Hero Jimi Hendrix.
Clinton J. Keating
Clinton's musical influence comes from his upbringing on New Zealand’s South Island and his time spent in Canada and Europe.
Edu Trinnes
Edu Trinnes, artist Marshall Brazil, student of Kikko Loureiro, tells a little of his history with Marshall amplifiers.
Erik J. Kiel
Erik started playing guitar when he was 14 years old and started collecting and using Marshall amps only a couple of years later.
Michael Oroszi
From the moment he saw Jimi Hendrix’s iconic stacks, Michael knew that it was Marshall that’d give him the sound he was looking for.
Philip Snyder
Since the 1980s, Philip has had the great fortune to play and record with some wonderful and very talented musicians.
Tommaso Lanzoni
Tommaso is a collector of vinyl’s, CDs and of course Marshall limited edition amplifiers.