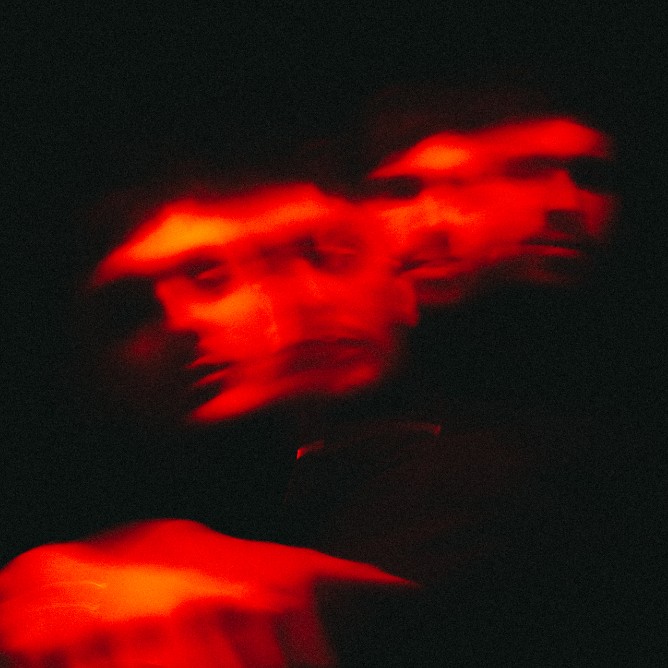 Frustration was the catalyst for Family Man’s conception; uninspired by a wave of rock bands treading old ground, watering down the excitement of rock music. Together, performing under the pseudonyms of Vincent Showbiz (lead vocals/guitar) and Cliff Blizzard (bass/backing vocals), the Southampton duo have cultivated a unique yet hauntingly familiar sound fusing industrial music with oddball tunings, existential lyrics and monstrous riffs.

Obsessed with the subversive and all possible extremes, Family Man grind through bass-heavy, distorted rock sounds, drawing inspiration from icons such as Nine Inch Nails, Steve Reich, Deftones, Brian Eno, Smashing Pumpkins along with the ethereal depth of artists associated with PC Music, and their infatuation with Berghain-owned label Osgut Ton. Family Man’s goth influenced visuals take cues from modern darkwave artists, the chaotic nature of gonzo journalism and the band’s own fascination with thrill-seeking in everyday mundanity. As if finding the edge of disaster is an inspiration of its own, it informs the duo's attitude towards both songwriting and performance. Are Family Man conjuring up a new future for rock music? That’s up to the listeners who are ready to play by Family Man’s rules.

"a dark, scuzzy and ethereal slab of British rock… a solid sign of big things to come"