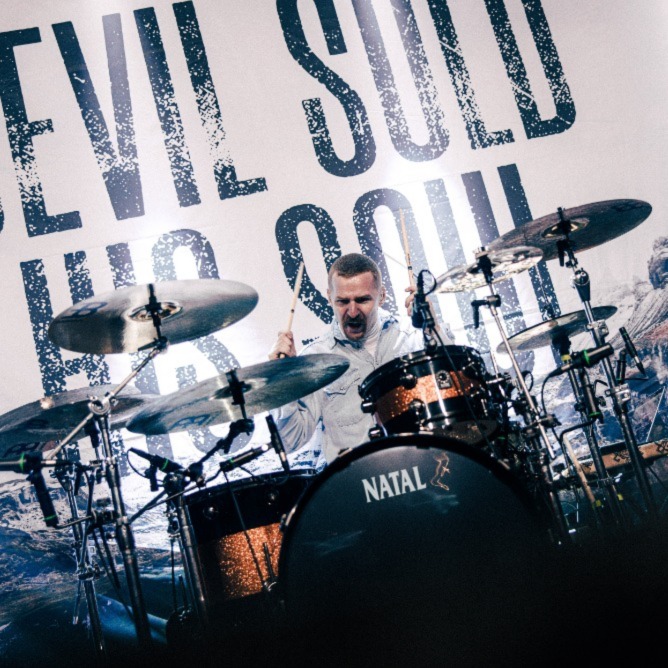 Devil Sold His Soul burst onto the UK metal and hardcore scene — growing a cult following from their first EP, ‘Darkness Prevails’. A few years later, their debut album, ‘A Fragile Hope’ saw the band take their position as one of the most respected underground bands in the UK with their visceral and captivating live shows. Their sophomore album, ‘Blessed & Cursed’, elevated their sound and audience to new heights, voted into various top 10 albums shortlists throughout the music press. Received to critical acclaim across the board, their third self-produced album, ‘Empire Of Light’ cemented their position as one of the UK’s most respected and revered metal acts.

Touring with the likes of Cult of Luna, Architects, Lower than Atlantis, Norma Jean, Bring Me The Horizon, Underoath, Gallows, Envy and Emmure, as well as headlining a stage at Download Festival (UK) and numerous European festival appearances including Summerbreeze (DE), With Full Force (DE) and Pukkelpop (BE), Devil Sold His Soul have built a huge reputation for their captivating live shows.

Whilst recent years saw the band travel beyond Europe with their first touring in Asia, they also began to lay the foundations on what would become their fourth album, ‘Loss’. Written about the struggles faced in recent years, ‘Loss’ explores new territories for Devil Sold His Soul, pouring heart and sincerity into every atom, with song writing and composition elevated to new levels.

“My Natal kit has never let me down. It sounds and looks incredible, allowing me to express myself night after night, without limitation.”