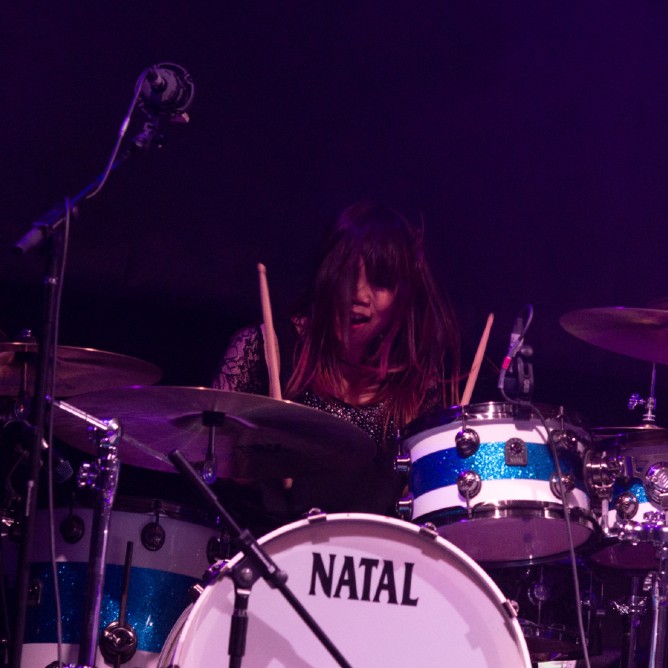 Providing the powerhouse driving beat behind D_Drive’s instrumental rock is no easy task, and requires an exceptional drummer. Chiiko is all that and more.

Chiiko first discovered a love of drums after joining a brass band in junior high school. Originally she wished to play woodwind but after struggling to create much of a tune, was then appointed as the percussionist instead. When asked about this she simply stated ‘I played drums and it made me happy.’

Chiiko is now the drummer for D_Drive, an instrumental band who create their own unique style of music they’ve named ‘Driving Rock’. Their music has gone down a storm in their home country of Japan but also overseas thanks to standout performances across the UK, USA, China and Korea.

"It honestly sounds like the sound in my head. I can get that fat core and persuasive sound at any volume. It is my reliable partner."