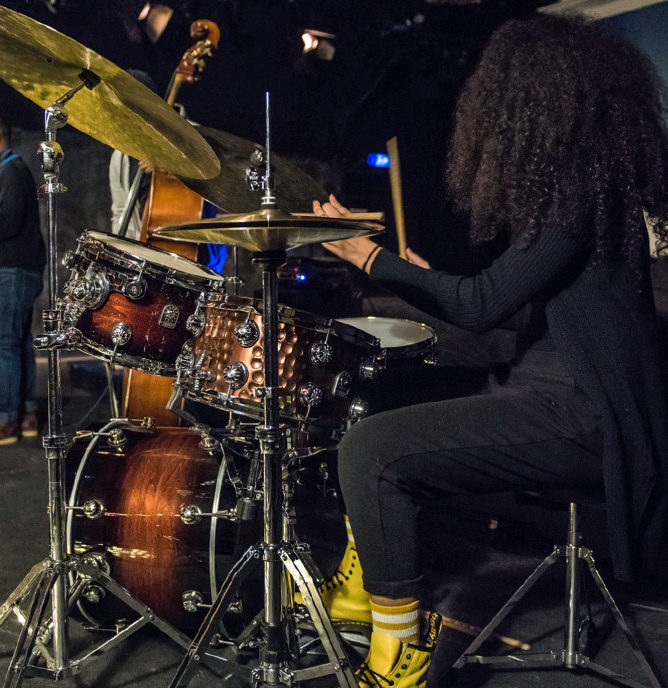 Jas Kayser is 25-year-old drummer from the UK, previously based in Boston, New York and Panama, and currently based in London.

She is currently drummer for Jorja Smith and Alfa Mist and has featured in bands with leading British lights Nubya Garcia, Poppy Ajudha and Ashley Henry as well as American drummer Ralph Peterson’s Big Band and had a starring role on drums alongside Lenny Kravitz in the official video for his song “Low”.

Jas completed her Undergraduate and Postgraduate Degrees at Berklee. Mentored by Terri-Lyne Carrington and Danilo Perez, she’s also a composer and band leader of Jas & Chums where she explores the commonality between jazz, afro-beat and pop.

Jas’s most recent release is her sultry new Debut EP “Unforced Rhythm of Grace”, available now on all platforms. It has been supported by Jamie Cullum, BBC 3, Jazz FM and Jazzwise.

"These drums are beautiful versatile drums and a joy to play"