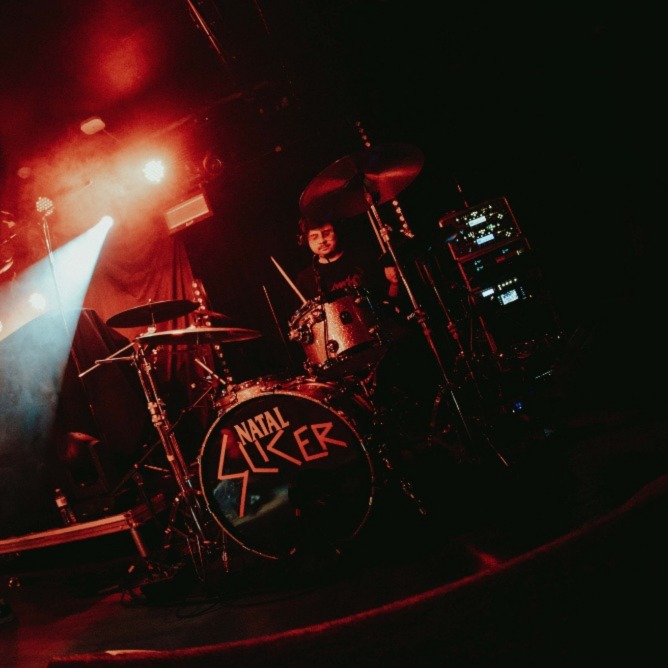 Rising London, UK mathcore and deathgrind group PUPIL SLICER are an exciting prospect in the landscape of extreme music. Having released their debut album, ‘Mirrors’, via Prosthetic Records in 2021 to critical acclaim and shared the standalone single Thermal Runaway, featuring The Armed’s Cara Drolshagen, to further positive fanfare, PUPIL SLICER have gone from strength to strength. PUPIL SLICER have notched up support tours alongside the likes of Rolo Tomassi and Ithaca (UK) as well as festival appearances at Bloodstock Open Air, ArcTanGent and Brutal Assault.

2023 will see the band release their keenly anticipated sophomore full-length, which will feature plenty of new dynamics and an insatiable appetite for sonic exploration that is sure to stand them in good stead for the year ahead.

"I am absolutely in love with my Natal kit. Not only does it have the looks, it also packs the punch that is needed to accompany the manic music I play with Pupil Slicer!"