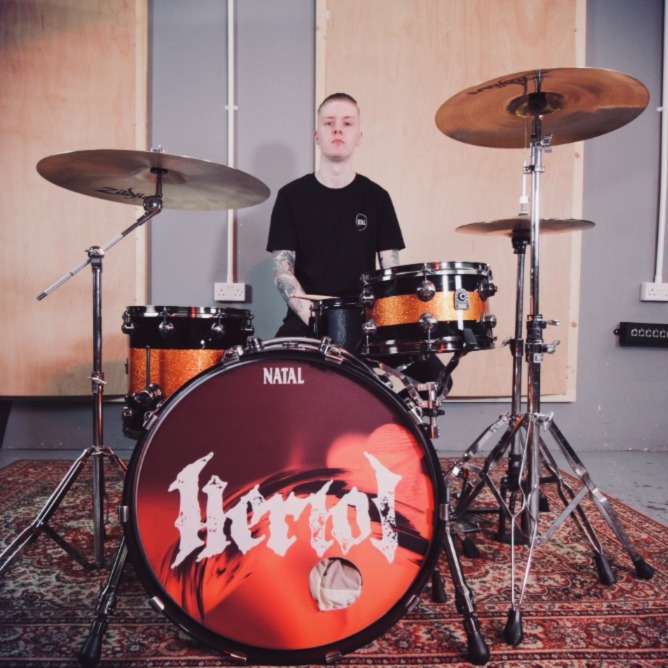 Julian Gage is the drummer for rising UK metal band, Heriot. The band released their debut EP, Profound Morality, in April 2022 to widespread critical acclaim. Following the success of the record, the band landed slots at a number of prestigious UK festivals including Download, Bloodstock, 2000Trees, Arctangent and more.

Heriot will be touring throughout the UK in 2022, with plans to tour overseas in support of an album in 2023.

"My maple originals kit not only sounds incredible, it looks incredible too. I cannot thank Natal enough for their support over the 12 months and I am so happy to be a part of the family."