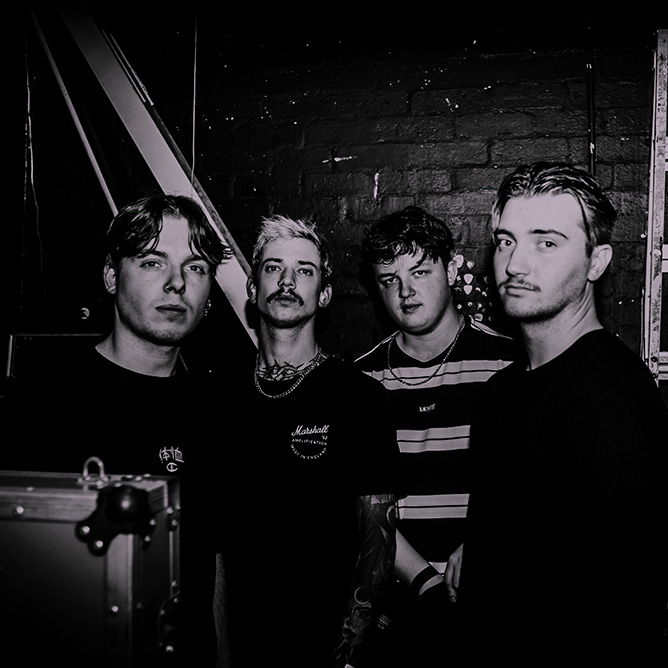 Creak are a four-piece metalcore band from Newcastle, England that draws influence from Nu-Metal and Post-Hardcore. Arriving onto the scene in early 2019, the band have been playing shows across the UK supporting acts including Groundculture, God Complex, and Parting Gift.

They have also released their debut EP ‘Bitter Picture’, which was worked on and produced with Connor Sweeney of the band Loathe and received heavy support from Alex Baker at Kerrang! alongside many other online press articles. They are currently in the studio finishing off a debut album titled ‘Depth Perception’ and are gearing up for tours and festivals.