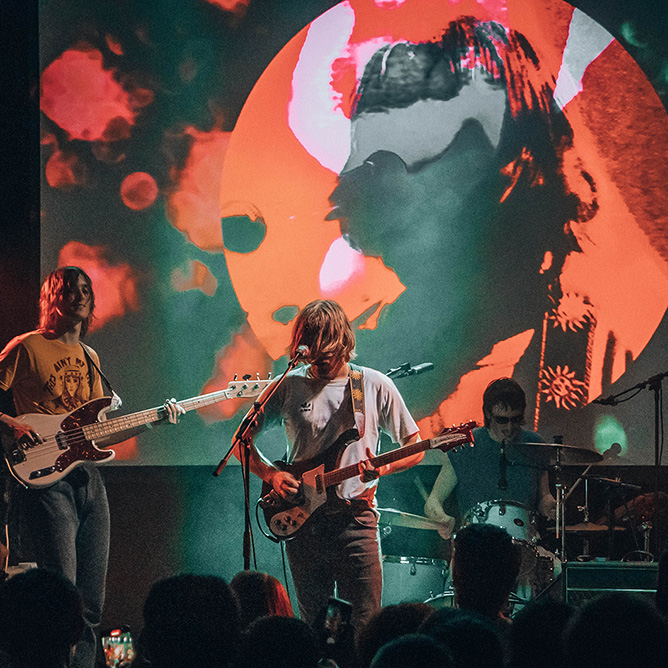 Floral Image are a psychedelic pop band from the third-eye of Norwich, UK. Formed in 2019, their sound is the reincarnation of the summer sun which is spun in a perpetual party twilight. They harness the noise and drive of early 70’s psychedelic titans Hawkwind - with a bright helping of neo-psych acts such as King Gizzard & The Lizard Wizard and Tame Impala - whilst still incorporating an acid house groove underneath their bright and luscious melodies.

The band’s early demos were championed on BBC Introducing by both Huw Stephens and Jamz Supernova, featuring on the 2020 ‘Ones To Watch Show’ alongside Dry Cleaning and Porridge Radio. Following the release of ‘Dial In’ and ‘Why I Leave’, they have sold out shows across the country, including supporting Triptides, Flamingods and Flying Moon In Space, where their live show has proven to spiral audiences into trancelike, grooving hedonism.

Join the neverending solstice as we break on through to the Brave New World - Step On, Dial In & Drop Out.

“Missing the 90s rave-house and the MADCHESTER dayzz? No worries, Floral Image’s most recent stunning single ‘Dial In’ is the best placebo!”