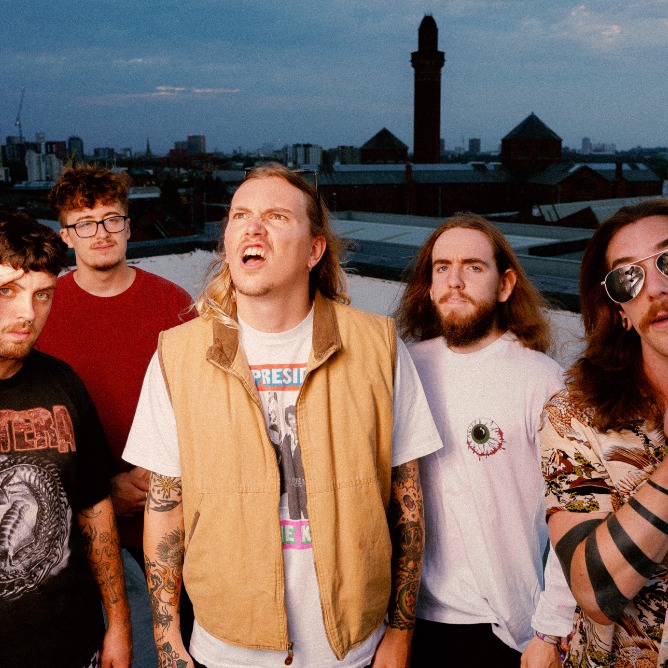 FORAGER  was formed by childhood friends Oliver Lindop (Vocals) and Nathan Mcleish (Guitar) along with Alex Huzar (Guitar), Matthew Jenkins (Bass) and Tom Farron (Drums). The leading focus of the project was on live performance, with the band striving to create as honest, open and cathartic an atmosphere as possible for both themselves and the crowd. This all accumulated with the band's 2020 release "Contact High" A five track, entirely DIY E.P celebrating the strong bonds, support systems and friendships that FORAGER had found itself a part of within their fan base.

Moving from strength to strength the band have honed their sound following their 2020 release “Contact High”. Having since joined forces with producers Bob Cooper (WSTR, Citizen) and Grant Berry (While She Sleeps, Static Dress) to take their music to the next level.  FORAGER’s latest single “The Worst Minute Of My Life” was released with great reception garnering the band their first spots on the coveted Spotify editorial playlists. It’s no surprise either as the song is a clear example of what FORAGER is capable of.

Forager are effortlessly expert at creating cohesive and catchy music out of crazy musical sections and doing it with both positivity and fun.