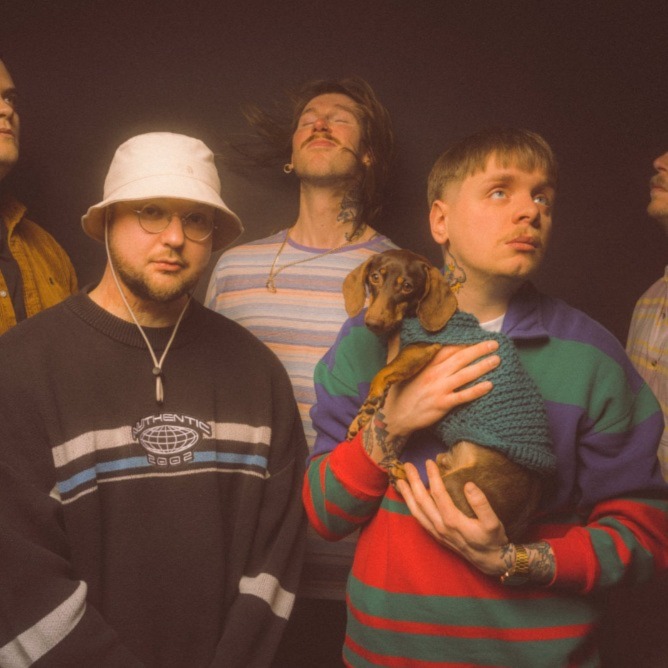 HIPPIE TRIM kicked-off with a loud bang on the scene: with only one single released, the five-piece sold out their first show weeks in advance, accompanied US post-punks Drug Church on their German dates immediately afterward, snagged several notable playlist placements and presented their debut album "Cult", which proved that heaviness and melody don't need to be mutually exclusive.

With playful riffs, which are alternately accompanied by raw but also dreamy vocals, the quintet from the German Rhine-Ruhr metropolitan area convinces music critics, who predict a bright future for the band and identify the style mix of hardcore, punk, dream pop, emo and grunge as unique in the global sound landscape. With BrooklynVegan already praising their recent singles "Pain Ball" and "Toothpaste" as "the most refreshing stuff" they’ve heard throughout 2022.

German melodic hardcore five-piece Hippie Trim’s newest single “Toothpaste” is a spacier take on the sound than any of their previous material, embracing the atmosphere of dream pop with the blistering energy of punk. Fans of Drug Church should take note.