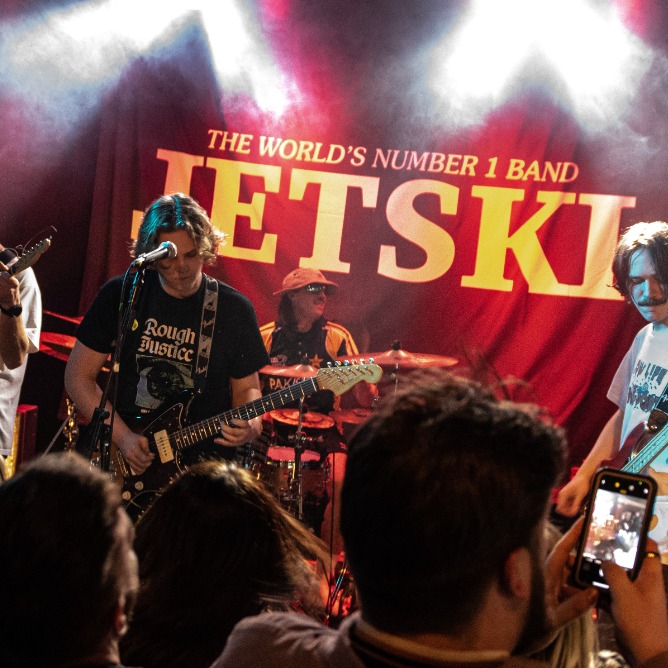 Curating their own special strain of British indie and American Rock (as well as hot sauce), the northern powerhouse Jetski lay claim to the title “Worlds Number 1 Band”.

Bred from the gloomy Sheffield industrial landscape, Jetski’s sunshine-filled riffs are the most welcomed of earworms you’ve ever had. Debuting in the summer of 2019 with the single "Easy Peeler"-Jetski quickly obtained the attention of festivals such as Ynot and 2Q after selling out their very first show.

While the wind was momentarily taken from their sails in the sh*t-show of 2019-2021, Jetski carefully plotted their return-culminating in-studio sessions with alternative heavyweight Jim Pinder (Bring Me The Horizon, While She Sleeps, Bullet For My Valentine) in the summer of 2021 to create their latest sonic offerings.

After a span of multiple sold-out hometown shows, Spotify editorial fame and a constant stream of bangers, northern rock powerhouse Jetski look to take their live show around the country and stake claim to the title...The world's number 1 band!