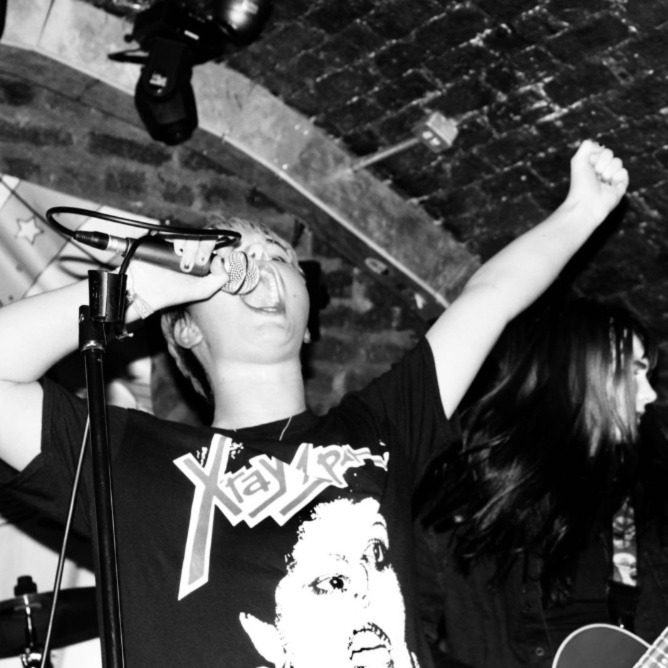 noah and the loners

Punk teens Noah and the Loners have something to say and they are saying it loud! Noah's powerful songs capture the zeitgeist of Gen Z – from personal tracks on teenage love and his experience of toxic masculinity as a trans man, to political blasts at racism, corruption and the climate crisis. The band’s sound is influenced by OG legends X-Ray Spex, The Clash and Buzzcocks, along with the alternative stylings of Idles, Paramore and Frank Carter and the Rattlesnakes.

Noah first picked up a guitar when he was 11 and after gigging with school friends, his first band Polarized Eyes gained national airplay on Tom Robinson’s BBC Introducing Mixtape on 6Music, when Noah was just 14. Subsequent tracks gained stellar reviews and radio play on the likes of BBC Radio 1, Radio X, BBC 6Music and Amazing Radio. Continuing his precocious success, Noah is the youngest artist ever to be signed to Marshall Records.

Noah and the Loners’ live shows are full of fire and fury, forged in iconic venues from London’s Dublin Castle and O2 Academy Islington to Liverpool Sound City. Standing politely in the corner watching the band play is NOT an option!