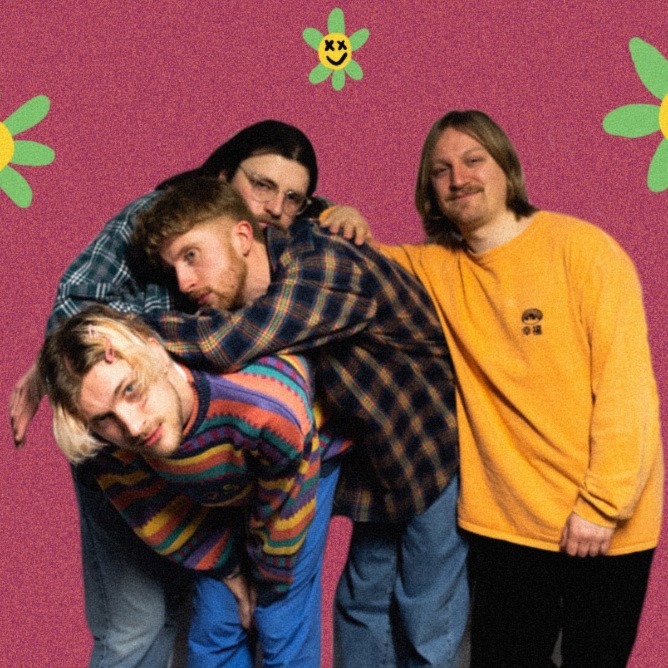 A nostalgic reinvention of the 90s sound, sweethearts have drawn comparisons to bands such as pavement, pixies, cocteau twins and weezer. only starting in febraury ‘21, sweethearts have already played sold out shows across the UK, a tour spanning multiple cities and previously to a packed out crowd at liverpool sound city.

With a back catalogue of bubblegrunge bangers, it came as no surprise when the band was spotify playlisted multiple times, with tracks getting major radio plays on radio 6 and radio x.

Now with the backing of Marshall Live Agency, sweethearts are set to be your new favourite band.

“One of the most promising new rock outfits to emerge from the UK recently, sweethearts return with another track that gives me reason to love them even more.”