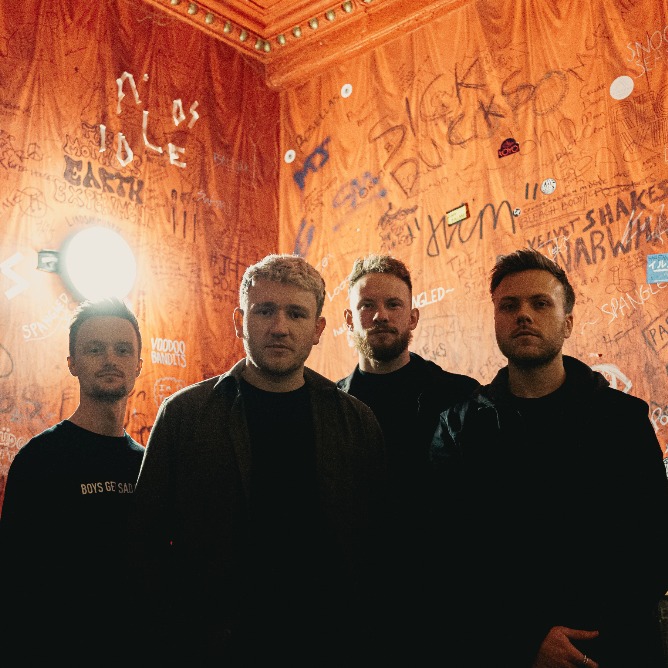 Tom Lumley & The Brave Liaison have gained themselves a reputation for being a “must see” band who are known for taking to the stage with monumental energy that’s felt from the front row to the back of the room.

The band were tipped on Huw Stephens’ BBC Radio 1 show as ‘Ones To Watch 2020’, with all 4 of their subsequent singles being aired by Huw on his show. Two singles from their debut EP ‘Sign of The Times’ were playlisted by John Kennedy on Radio X, with the second single ‘Shrink’ also being played on 6 Music by Steve Lamacq. The band’s passionate enthusiasm for their local music scene in part has gained them immense support from their local BBC Introducing Cambridgeshire team, which resulted in the band being chosen to record a live session at the prestigious Maida Vale Studios for BBC Introducing.

They’ve supported some of the UK’s hottest acts which include The Hunna and Sam Fender, and have played some of the most prestigious festivals in the country including Isle Of Wight, Bestival, Camden Rocks and Truck Festival.

"ABSOLUTELY SUPERB FROM TOM LUMLEY & THE BRAVE LIAISON. ONE OF THE HARDEST WORKING BANDS ON THE CIRCUIT RIGHT NOW."