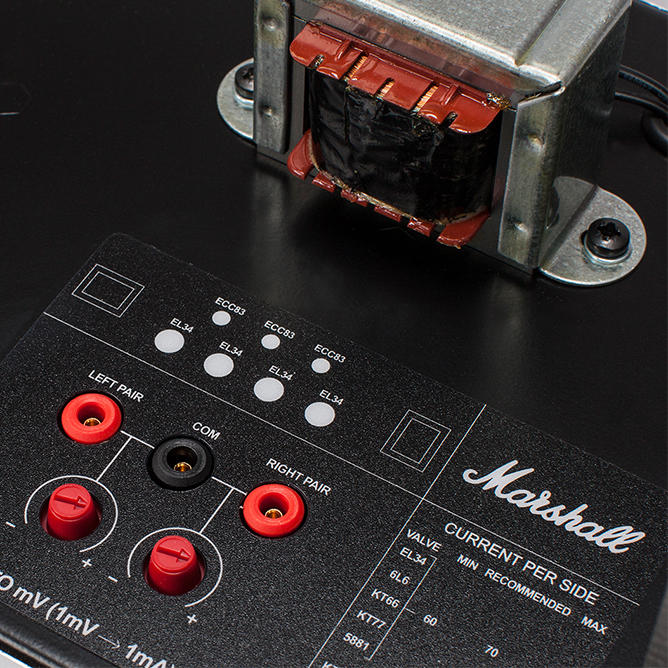 Castors: the small wheels on the base of a unit that allow it to be moved more easily.

Combo: a combo consists of an amplifier and one or more speakers contained in a cabinet.

Earth/Earthing/Earthed: may also be referred to as grounding. Proper earthing leads to a reduction in unwanted noise and ensures product safety.

Fret: the material that covers the front of a unit, it may vary in colour or design.

Hertz and kilohertz: the unit that frequency is measured in. Kilohertz is 1,000hertz.

Instrument level: these signals vary as they occur between mic and line level signals.

Line level: the signals that are highest before amplification.

Mic level: these signals are the weakest level and can only be brought up to line level after the preamplifier stage.

PCB: printed circuit boards that are manufactured in an automated process.

Speaker level: these signals occur after amplification and rely on speaker cables for safe signal transfer.

Voltage: this is the pressure from a power source that pushes the current through a circuit. Measured in volts (v).

Wattage: this is the operating power of your unit. Measured in watts (w).

Auto wah: this creates a wah effect without the manual manipulation of the pedal. Playing lightly will give a soft wah whereas playing with force will give a more aggressive wah effect.

Bias: an electrical current that must be at the optimum setting to ensure that your power valves run efficiently.

Clean tone: the original tone produced by a guitar and amp without any distortion or other FX.

Compressor: this effect decreases any guitar sound that peaks above a certain threshold to add clarity.

Crunch: a tone with a slight amount of distortion. Crunch can also be described as a mild overdrive.

Delay: an echo effect that is produced as the FX unit records an input signal and plays it back.

Distortion: an effect that often results in a gritty or fuzzy tone.

DI-Output: used to connect your amplifier to an external recording device.

Flanger: this effect creates a chorus-like sound but is more vivid and harmonically complex. It can produce ‘jet plane’ or ‘whooshing’ sounds.

Footswitch: a device that allows a guitarist to change the settings of the amp from the floor without needing to touch the controls.

Frequency Dependent Damping (FDD): this special technology emulates the sound and behaviour of a valve amp. It gives a tighter and more defined sound.

FX: the name given to sound effects used in music.

FX loop: this loop involves the signal travelling from an amp, to the effects processer and then back to the amp. You’ll notice a send and return jack on your amp.

Gain: the input volume to the preamp stage that can be controlled. Changing this will change the overall volume. It also sets the level of distortion in your tone.

Head: the term used to describe an amplifier on its own without a speaker.

MIDI: this stands for Musical Instrument Digital Interface. A MIDI instrument can exchange information with a computer and this allows for easier recording or composing.

Output level: this is an adjustable feature that determines the amount of output available depending on the level of power selected. At a high power, the output is at maximum.

Overdrive: a type of distortion achieved by increasing the gain on a valve.

This offers power reduction on higher-powered models without changing the sonic character and so provides optimum tone and performance regardless of the volume level required by guitarists.

Phaser: gives a ‘shimmering’ effect to your sound. Some people also describe this as an ‘other worldly’ effect.

Reverb: mimics the sound that would be created if an instrument was used in a large echo-y space.

Re-bias: the process of matching the bias to the valves that have been used.

Stomp box: this is another word for pedal, a device placed on the floor that is connected to the guitar and amplifier.

Sustain: an effect that increases the length of time a sound exists before becoming silent.

Tilt control: this adjusts the voice of your amplifier from normal to high treble at input stage.

Tremolo: this effect causes a rhythmic change to the volume of a signal.

Valve: in some countries this may be referred to as a tube. Valves are responsible for increasing the amplitude or power of a signal.

ValvestateTM: a technique that places a valve into the preamp section of the amplifier while the rest of the amp retains its solid-state technology. Amps that use this technology are essentially hybrids of valve and solid state amps.

Vibe: gives a hypnotic, pulsating effect to a sound.

Vibrato: this effect causes a rhythmic change in pitch.

Wah: best described as a crying tone that mimics the human voice.

Castors: the small wheels on the base of your unit that allow it to be moved more easily.

Speaker: the device found within your cabinet that converts electrical input into audible sound.

Speaker sensitivity: a measurement of the speaker’s output that gives an indication of speaker efficiency. Measured in decibels (dB).