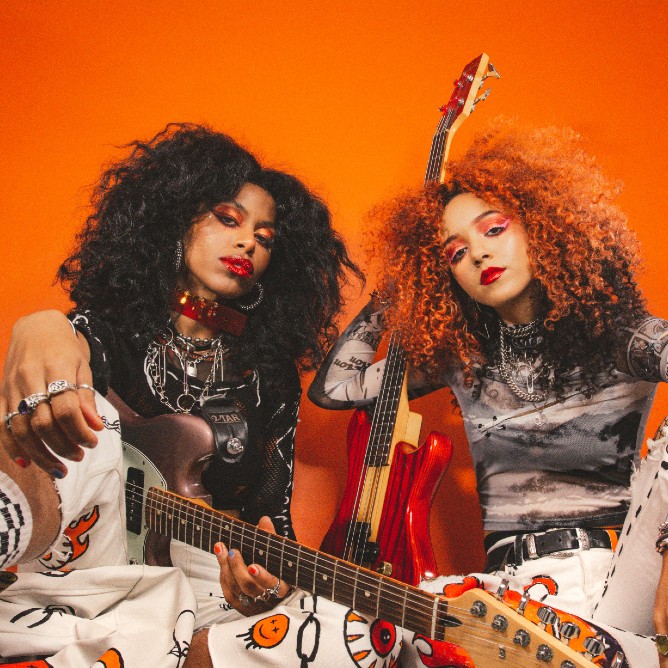 Amy Love, of Nova Twins, has always had a love for the electric guitar despite not being able to play when she first started to make music. Amy would always find guitarists to accompany her on songs, although, she explains she found it frustrating, not being able to express her own vision musically and having to wait on others which would often slow down her creativity.

In her teens, bandmate Georgia South’s Dad suggested that she learn herself. Since the two formed Nova Twins, the band have toured with Prophets of Rage, Wolf Alice and Skunk Anansie, with upcoming tours with Bring Me The Horizon and Enter Shikari on the way.

The band have a long list of impressive credentials including collaborating with Bring Me The Horizon’s on the song ‘1x1’, performing with Fever 333 during their BBC Radio 1 Maida Vale session, winning ‘Best UK Breakthrough Band’ at the Heavy Music Awards, being ranked in NME’s ’20 best debut albums of 2020’ and being the face of Dr. Martens Alternative A/W campaign.

"we love Marshall’s unique tone. It’s gnarly and fat and has a creaminess that adds to our distortion pedals in a way that we can’t find anywhere else."