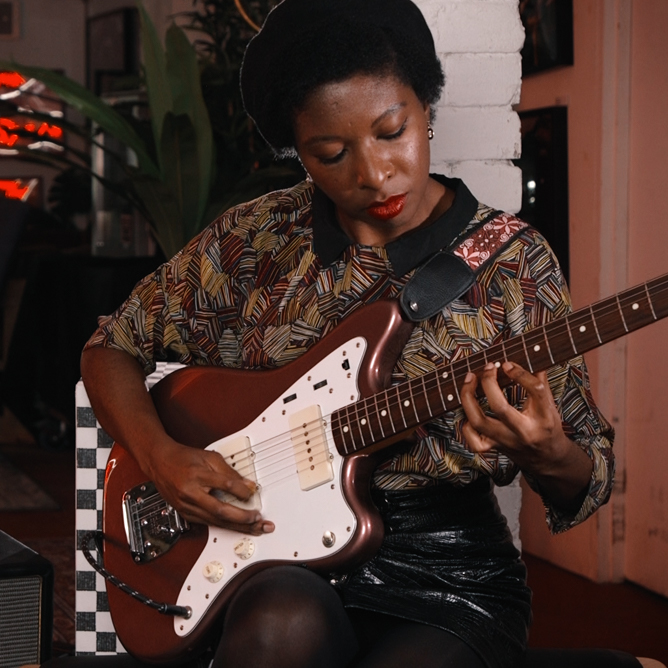 Estella Adeyeri is the bassist of Big Joanie, a Black feminist punk band whose passionate live shows and punk rock ethos have led to them becoming one of the most talked about bands on the UK live scene.

The band formed in the heart of London’s DIY punk scene in 2013 and acts as a space where its members can be completely themselves as black women. Big Joanie released their debut album Sistahs in 2018 to wide critical acclaim on Thurston Moore and Eva Prinz’s label Daydream Library. They have since toured with acts like Bikini Kill, Sleater-Kinney, and Gossip, and are currently working on their second album.

Estella is also the lead guitarist in anarcho-pop punk outfit Charmpit and a member of the Girls Rock London team as well as an organiser for Decolonise Fest, an annual London-based music festival run by punks of colour for punks of colour.

"I know i can turn up to any venue on tour and always have a great live sound. I can really shape the sound that i want because this amp is a great foundation."