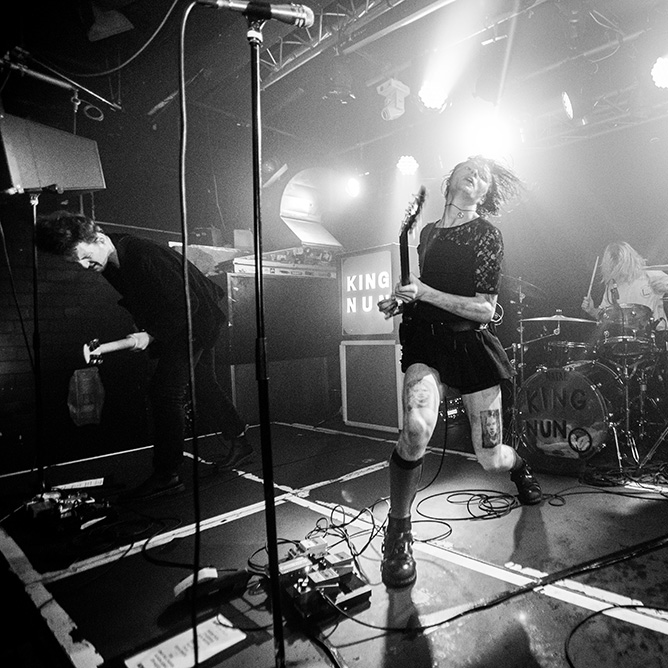 As the guitarist in King Nun, James Upton has headlined tours across the UK and Europe. But before all that, he first picked up the guitar in 2003 at the age of 6 after winning a guitar in a school raffle. Following the sounds of Pixies, Rage Against The Machine, Led Zeppelin, Blur and many more led James to Marshall, who have backed him on stages around the world including opening up for heavyweight rock titans Foo Fighters and even headlining a stage at Bonaroo.

"Marshall make the best amps in the world. Nothing else I've played compares"