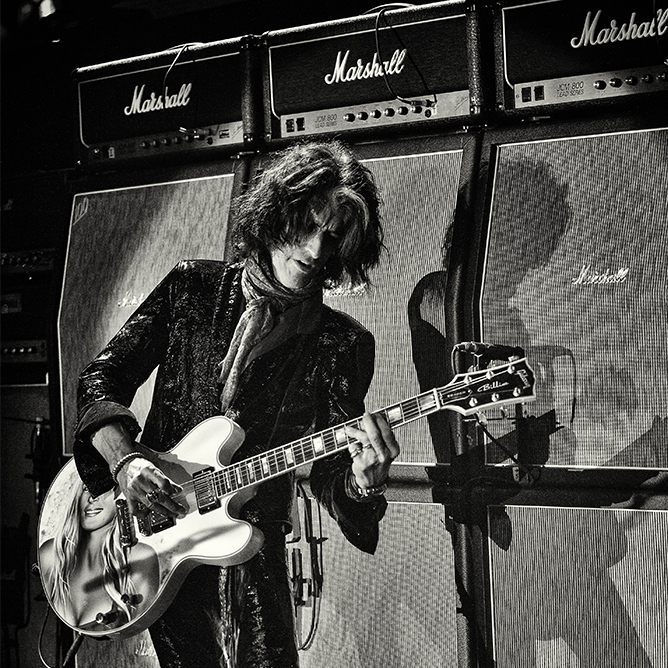 Since the 70’s, the “bad boys from Boston” have been churning out edgy yet infectious rock anthems including ‘Walk This Way’, ‘Dream On’ and ‘Dude (Looks Like a Lady)’. Over the years, Aerosmith has won countless awards including Grammys, AMAs, MTV Video Music Awards and an induction into the Rock and Roll Hall of Fame. Their main single for the film Armageddon, ‘I Don’t Want To Miss A Thing’, is still one of their best performing singles, entering the Billboard Hot 100 at number one and staying in that position for four weeks. A key element behind their success is guitarist Joe Perry with his highly acclaimed writing and playing skills. For his contribution to Aerosmith’s incredible music, Joe earned a place in the Songwriters Hall of Fame in 2013.

"Whether performing solo, aerosmith, vampires or whatever and I can’t bring anything but a guitar I say... “As long as they’ve got a Marshall, I’m good to go!”"