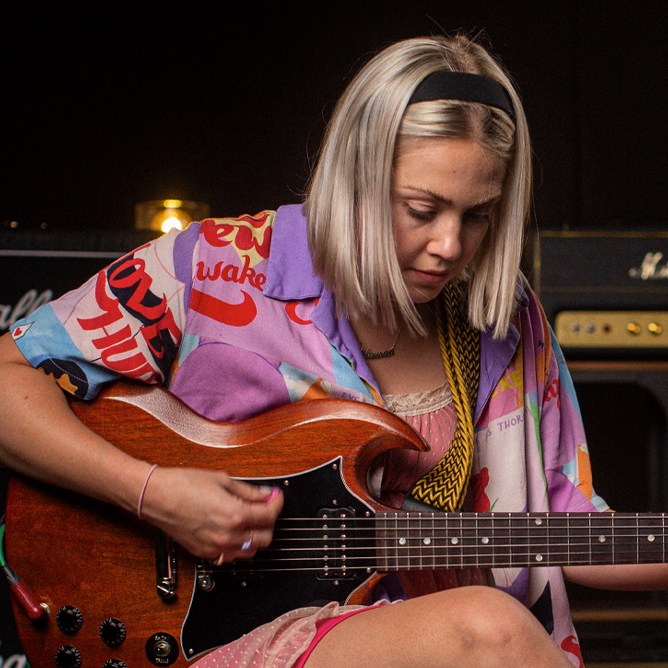 Lauran Hibberd is a British singer-songwriter from the Isle Of Wight. She first picked up the guitar aged 14 and soon discovered a passion for singing and songwriting.

Lauran’s initial releases, such as her Favourite Shade Of Blue EP, had folk elements, but towards the end of 2017 she began releasing a series of singles that displayed a punchy indie-rock influenced direction. She then started to sell out headline shows, appear at lots of UK festivals such as Glastonbury and Isle of Wight, and also support a host of artists including Clean Cut Kid, Hippo Campus, Girli, Anna Burch and The Hoosiers.

Her growing popularity has since resulted in live sessions for BBC Radio 1 and South by Southwest festival as well as her own sell out headline tours.

"My Origin 50 is perfect for big festivals and for tours. It has everything I’ll ever need and is perfect for all my pedals. It’s my perfect amp for rock music, I couldn’t get a better match for the type of music I want to play."