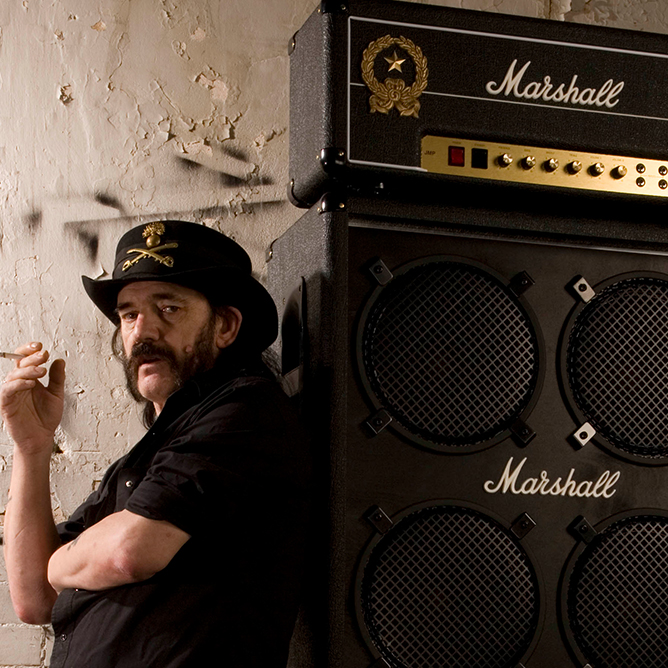 Motorhead is more than just a band, it's an institution a lifestyle. Formed by the legendary Lemmy in June 1975, Motorhead spent the next four decades carving a deservedly sizeable chapter in heavy metal's history books. And, with nearly 30 albums under their bullet belts, the band is still going as strong as ever. Armed with a lethal backline of Marshall amps, Motorhead's live show is pure mayhemic majesty that should not be missed by any true metal fan. Dave Grohl of the Foo Fighters probably put it best when he said this: F**k Elvis and Keith Richards, Lemmy's the king of rock 'n' roll no one else comes close.

"Marshalls are the best. No discussion... JIM MARSHALL IS MY FRIEND, AND I AM HIS."