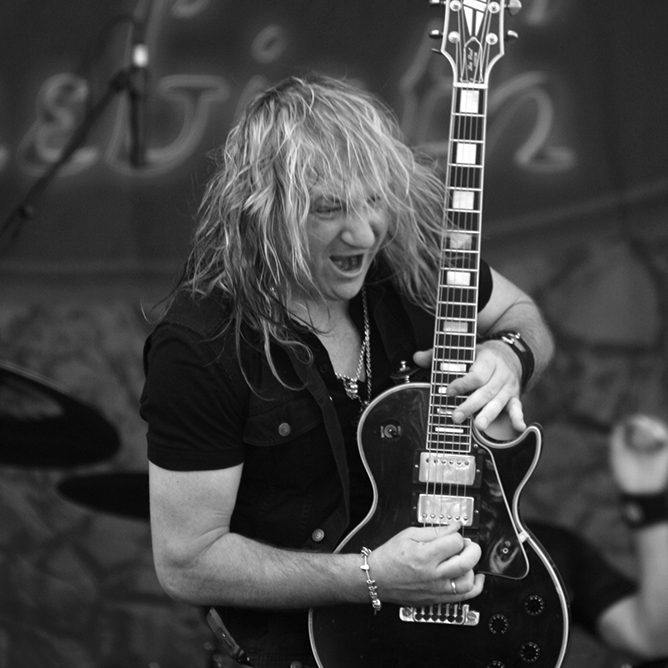 We didn’t know how much we needed Swiss rock until we discovered the roaring rock & roll band Gotthard. Formed in 1992 and consisting of Leo Leoni and his mates, 19 of their albums so far have peaked at number 1 making Gotthard the most succesful band in their native Switzerland. The band have sold over 2 million albums worldwide and Gotthard are instantly recognisable thanks to their sweet and crunchy sound, created by Leo's Les Paul amplified with his Marshall JCM800 2203 and a wall of 1960’s cabinets.

"What I like about my Marshal Rig is the attack and the punch. It’ll take you from roaring like a hungry Lion, to a soft and intimate tone."