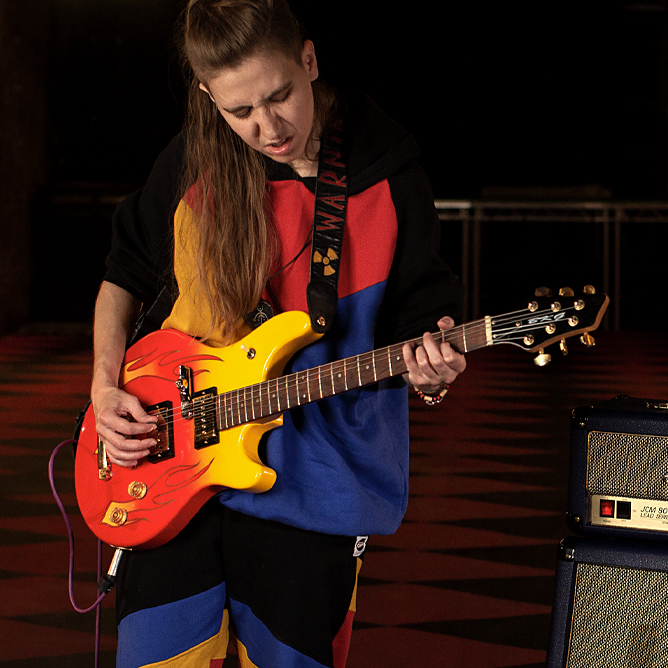 Originally from Bologna, Italy, Linda Buratto is the live guitarist for Kate Nash. Linda has spent large periods of her music career performing at some of the most prestigious venues and festivals across the UK, Europe, USA & South America, such as Lollapalooza, Coachella, Glastonbury, Rock Am Ring  and many more.

Alongside working with Kate, Linda has also worked Yellowire, Electric Pyramid, who have supported Queen across a European tour, and Get cape, wear cape, fly. Amongst this Linda somehow manages to find time to work on her own music under the name Boomvision.

Linda is also a co-founder of Girls Rock London, a music camp dedicated to supporting female musicians, who Marshall is extremely proud to partner with.

"The clean tone just holds everything. You can add any effect to my Marshall JCM800 and it carries it so well. It’s very fun to play!"