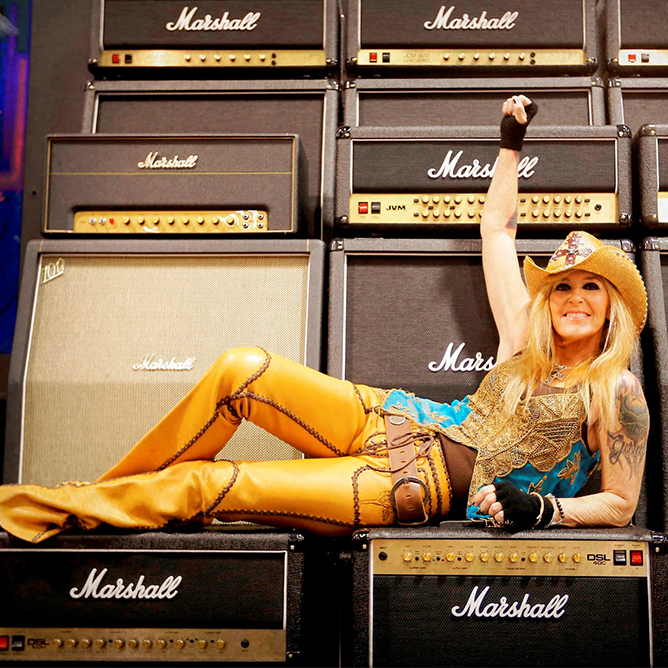 Glam metal superstar, Lita Ford, has been rocking out since the 70’s when she was a member of the all-female teenage band, The Runaways. Their hit single ‘Cherry Bomb’ made the band an international success, launching the careers of not just Lita but Joan Jett and Cherie Currie. Lita embarked on a solo career after the band broke up and found success with her Ozzy Osbourne duet ‘Close My Eyes Forever’. After a lengthy hiatus, Lita came back with a bang in 2008 and has been releasing music ever since.