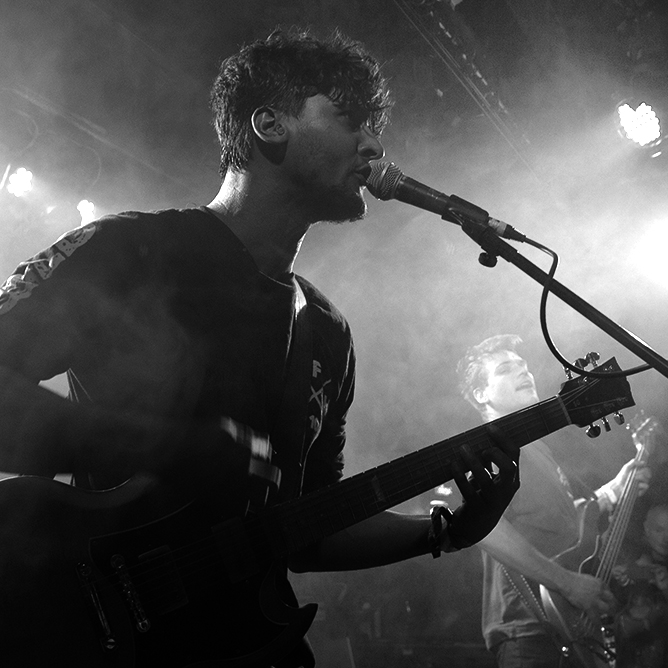 After hearing a Nickelback track on the radio, Luke was desperate to play a guitar of his own. Luckily he didn’t have to wait long and once he started playing, he just couldn’t stop. Now he plays lead guitar for the young and enigmatic Press To MECO. Formed in 2011, the rising stars from Crawley/Croyden have toured with the likes of Don Broco, SikTh and Arcane Roots. Their second album ‘Here’s To The Fatigue’ was recorded with legendary producer Machine and released to critical acclaim.

“My first ever amp was a 10W MG series Marshall, so to be representing the brand now makes my 11 year old Angus Young loving self all emotional.”