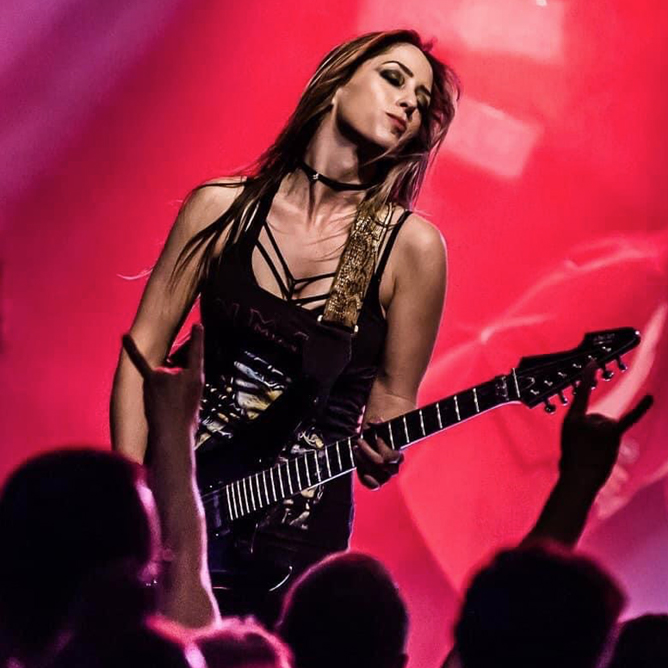 Nikki Stringfield is an accomplished LA based guitarist who shreds the stage with international tribute sensations, The Iron Maidens, as well as being a talented solo artist. She has toured all over the world, has been featured on multiple TV programmes, and has been appeared in numerous magazines.

Nikki released her debut solo EP “Harmonies For The Haunted" in October 2019 and in June 2020 she released a highly anticipated cover album “Rest In Pieces: A Tribute to the Departed” with her other band Heaven Below. She is currently working on her first full length album as well as a new album with The Iron Maidens.

“Whether I’m going for a classic "Iron Maiden" tone or a more modern gain on my original music, Marshall continues to deliver.”