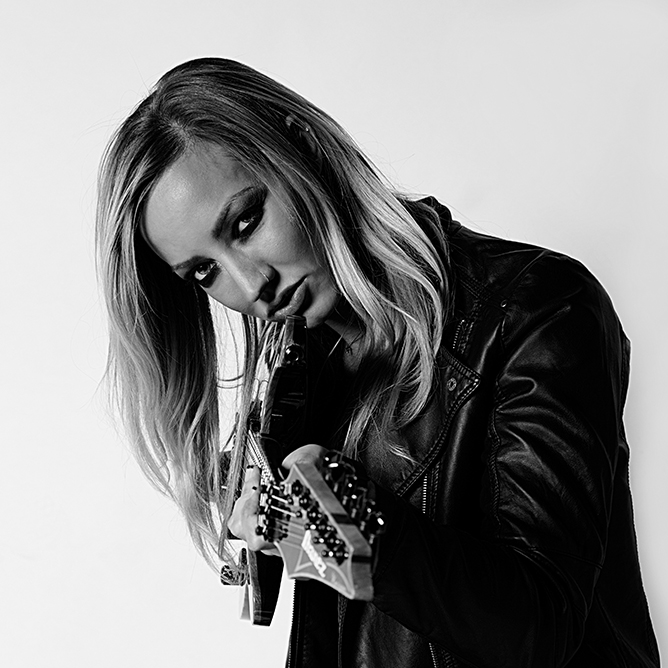 LA based guitarist Nita Strauss is a force of nature. She first gained notoriety after working with Jermaine Jackson, Femme Fatale and The Iron Maidens but catapulted to fame when she started touring with Alice Cooper. The prestige that comes with the gig has given her the platform to run sold-out guitar clinics and work on her own music, with her debut ‘Controlled Chaos’ released in 2018. She also makes appearances on WWE and performed alongside Lzzy Hale at WWE Evolution.

"I FINALLY FOUND AN AMP THAT CAN KEEP UP WITH ALL THE DIFFERENT NEEDS I HAVE AS A GUITARIST. FROM PRISTINE CLEANS, TO CRUNCHY RHYTHMS AND EARTH SHATTERING LEADS, MARSHALL HAS IT ALL DIALED IN."