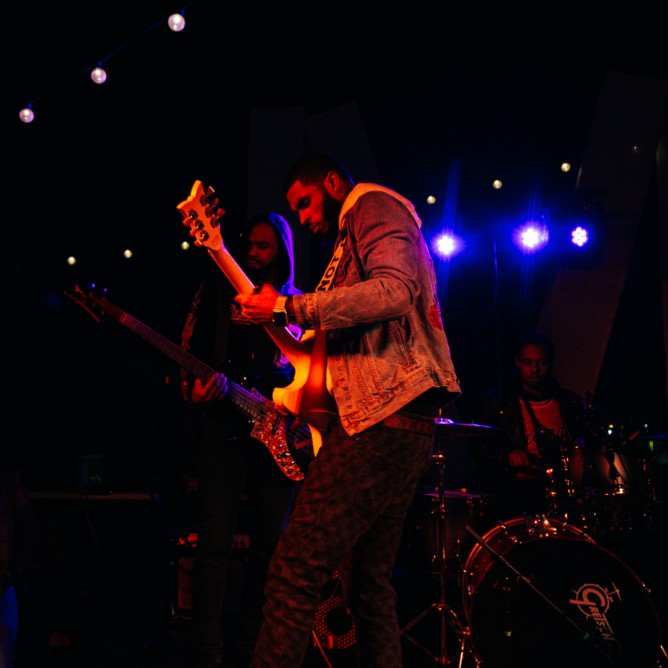 Rob Rylan Gueringer AKA 'Freaky Rob' is an artist, musician, producer, and creative visionary with a particularly remarkable repertoire of musical skills. Since picking up his first instrument at the age of 3, Rob has centered his life around mastering his freakishly natrual musical intelligence, and captivating the industry with his unmatched guitar skills and passion.

Freaky Rob is the lead guitarist for a number of today's top global performing artists including Kendrick Lamar, Lil Wayne, Eminem, and Kanye West's Sunday Service among others. He also works as a co-producer to Rodney 'Darkchild' Jerkins, and has co-produced atlantic recording artist Ohana Bam's 'Rebels' track that was featured as the lead track on HBO's Ballers and the 2018 film release, Death Wish.

Rob's journey began as a student at the musicians institute in 2014. After only being enrolled for 2 months at M.I. he landed the lead guitarist spot on Kendrick Lamar's Wesley's Theory Band and the rest is history.

His passion for music and focus on craft, quality, and sound prove to be a winning formula for all that he will do next.

“Music is very powerful and can touch anyone across the world especially with Marshall Amps.”