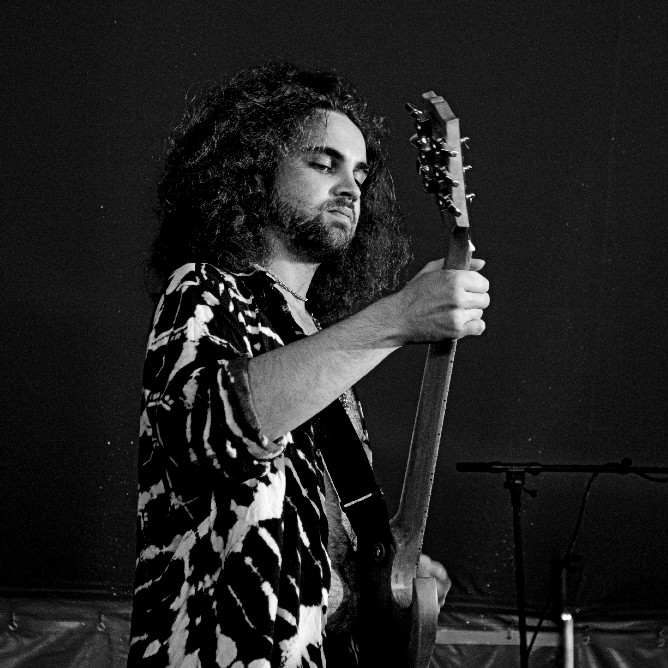 Liverpool based musician Sean Healand-Sloan has played guitar ever since getting one for his ninth birthday, being left-handed and unable to play any of his dads many guitars. He started playing in bands around the age of fifteen, and eventually started Gen and the Degenerates with Gen and Jake at university. They've been bothering eardrums together ever since. They've played on the same bills as artists like Black Honey, Zuzu, and Bang Bang Romeo among others, and on festival bills lincluding Burn It Down, Isle of Wight and many more.

He currently plays through a Marshall Origin ORI50C combo.

"The Origin 50 sounds and looks fantastic, a sturdy and simple combo that is all about the tone, and provides exactly the kind of versatility we need for everything we do, from rock n roll and buzzsaw punk tones through twangy country licks all the way to massive modern rock heft, as well as a fantastic platform for pedals."