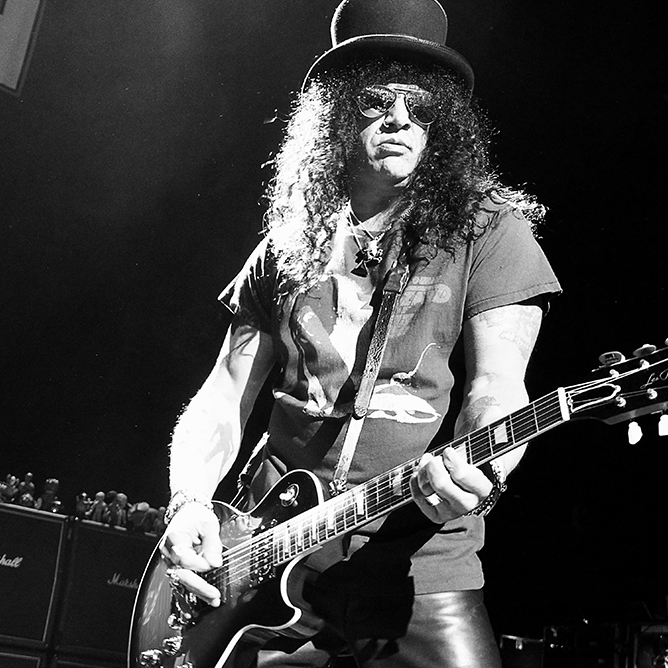 You can’t think about the electric guitar without thinking about Slash. Armed with a Marshall and his trusty top hat, Slash has been rocking the stage since the 80’s. The debut album from Guns N’ Roses, ‘Appetite for Destruction’ is still one the most commercially successful albums in the USA, spawning singles like ‘Paradise City’ and ‘Sweet Child o’ Mine’. During Slash’s two-decade break from the band, he enjoyed success with Myles Kennedy and The Conspirators, and Velvet Revolver. Fans across the globe were excited to see Slash reunite with Guns N’ Roses in 2016.

"Marshall is the only amplifier that delivers the sound that I love. There is absolutely no other amp that comes close."