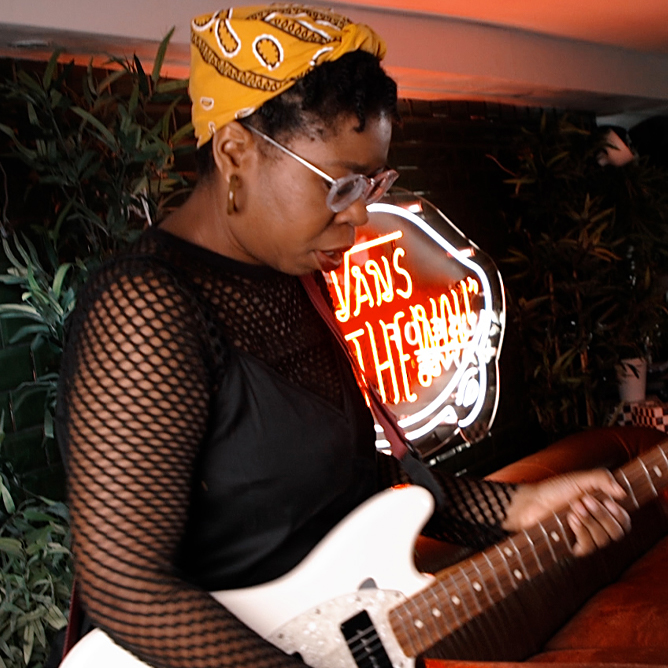 Stephanie Phillips is the guitarist of Big Joanie, a Black feminist punk band whose passionate live shows and punk rock ethos have led to them becoming one of the most talked about bands on the UK live scene. She first picked up the guitar after receiving an acoustic as a gift for her 16th birthday and immediately started playing riot girl and punk music.

The band formed in the heart of London’s DIY punk scene in 2013 and acts as a space where its members can be completely themselves as black women. Big Joanie released their debut album Sistahs in 2018 to wide critical acclaim on Thurston Moore and Eva Prinz’s label Daydream Library. They have since toured with acts like Bikini Kill, Sleater-Kinney, and Gossip, and are currently working on their second album.

Stephanie also has a solo project, Stef Fi, where she creates experimental pop.

"I need something to base my sound on that i can add pedals to. That's why i play an Origin 20C. It's perfect for that"