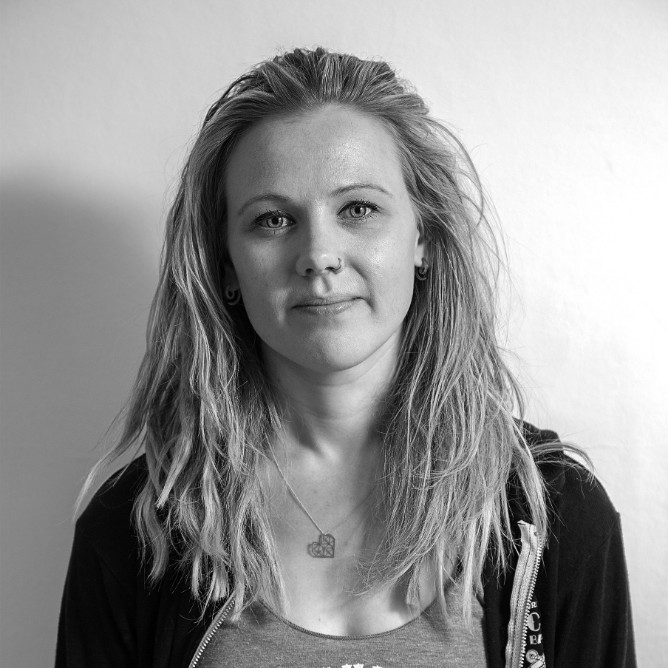 Behind the sticks with Siân Monaghan

Drumming for 5 bands plus being a house player at a London venue is enough to keep anyone busy, but session player Siân Monaghan managed to spare some time to talk about how she got her start and what has made her the drummer she is today.

What encouraged you to learn drums?

Everyone in my family plays an instrument, but drums weren’t taken and I was leaning towards that anyway. My dad was in a blues band, back in the days when you were allowed to be in a pub even if you were 14 as long as you were with your parents, so me and my mum used to go to my dad’s gigs, and he used to get me up to play a 12 bar blues. He played bass so he explained to me what to do and I picked it up from there. My brother was a huge influence on me too. He’s a great guitarist but is into drums as well so used to listen to music and pass me down bands to listen to and inspiration came that way.

"You get a nugget of influences from each path, which then leads to other doors opening up, and everything eventually came together to make me the player I am today."

Are you self-taught or did you have lessons?

At the very beginning my brother taught me a little bit, and my dad brought home a tiny, old kit from the 50’s that he’d got in a charity shop for £30. It was a snare drum on a half-broken stand, a bass drum with one badly attached tom and some high hats and that was it, but it got me started.

My brother would have his mates round and formed a bit of a band so I was learning from them, and when I started to show an interest my mum and dad spoke to my teachers and I started having some lessons through school, and eventually joined the school orchestra then the Hampshire youth orchestra, so that was years of different avenues which each inspired me in different ways.

Well I am also a house musician for Pianoworks in London, which have two venues, so I’m there 3-4 nights a week if I’m not on tour. That’s 2 piano/vocalists and a backing band, but there’s no setlist so the whole gig is 4 hours of audience requests. It usually involves some quick listening or talking very briefly between the band to pick up how to play each song. It also means having to stay on top of what’s current, as well as hits from every genre and decade. So practice routine wise if I’m in my drum studio I’ll stick on the Pianoworks playlist and have a bash through that, focusing on anything that’s unfamiliar. It’s lots of creativity over the top of what’s already there.

For some of the chart hits there isn’t loads of drums or bass on them so you have to try to find a way to make it more exciting for the crowd whilst staying true to the song too. The Camila Cabello track ‘Havana’ has been requested a lot, so a few times when we’ve done that live it’s gone down a real latin groove. From there I’d come away and focus on working on my latin style playing. Alternatively if a Foo Fighters or Muse track comes up I will then work on that heavy style and pounding kick pattern so it takes me down lots of practice roads. 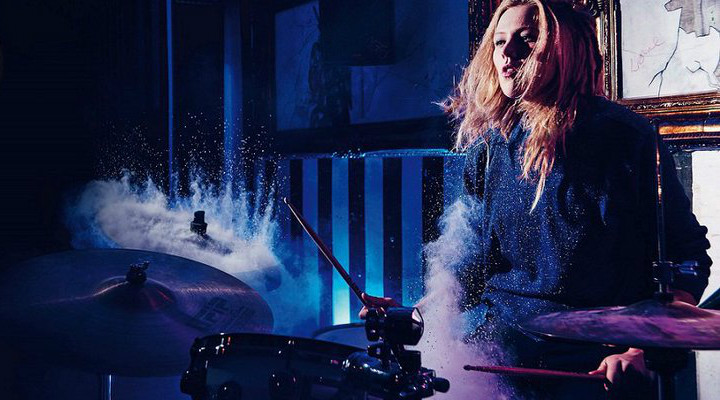 Do you have a preferred style of music to play?

I’m happy to play the song whatever that might be, and I concentrate on how to make that exciting dynamically. If there’s room for some chops or fills that make it a bit more expressive then that’s great, but to be able to pull that out the bag without ever playing the song before is more what I’m about. That doesn’t come naturally though, it takes hours of practice to get to the level where you can just do that.

It keeps it exciting as well. You don’t get bored of playing the same things. People say to me ‘I don’t get how you can play music for your job, it takes the fun out of it’ but for me playing such a variety puts the fun into it and means you never really stop learning. You can discover a band or a drummer that floors you and that can be in any genre. I remember years ago discovering Death Cab for Cutie and thinking ‘that drummer is so understated yet so technically amazing’, and that often goes unnoticed but is something that I’ve definitely learnt from.

Are they a big inspiration for you? And who else are your drum heroes?

They’re definitely an inspiration in terms of songwriting. Similarly, Mick Fleetwood is a huge influence in terms of my style and when I’m playing for bands such as the Wandering Hearts and Jessie Buckley it helps me to translate what they do into a live performance. The songs are never exactly the same, they always morph and change a bit so there’s a full band feel, so Mick Fleetwood inspired me in terms of playing for the song and keeping my part interesting. There’s quite a big difference between being a studio drummer and playing live, but keeping it so that it’s a part that works for both settings.

Originally when I was learning The Police were a big influence too. Stuart Copeland inspired me in terms of getting those tasty little fills into a song, as well as having a tight, punchy sound.

"The Steve Gadd’s and Moe Tucker’s of this world get hired for their individual style and great sound. And it’s their technique that creates that, whether the groove is complex or super simple"

What’s next up for you?

This summer is a little higgledy-piggledy. It will start with the She Drew The Gun tour, then I’m with Jessie Buckley at the end of June for a few gigs supporting the launch of the Wild Rose film. We’re doing 2 sold out dates in Glasgow and then touring the rest of the UK and Ireland, as well as a few festivals with her as well. Wandering Hearts are then doing some Jack Savoretti support gigs at some interesting venues such as Sherwood Pines and Tynemouth Priory and lots of other outdoor stages. Hopefully the weather’s nice!

Wandering Hearts are in the middle of recording their second album so it’s sporadic festival dates at the moment but there will be an actual tour after that, and then She Drew The Gun also have lots planned for later in the year too.

What’s your preferred kit set up?

It varies on the gig but for She Drew The Gun and Wandering Hearts it's an Orange Sparkle Maple Natal kit with 12" rack and a 14" and a 16" floor tom. That's my preferred set up so I can do the whole 60s thing!

I've also got a Natal kit that's permanently set up as a 10" rack, 12" rack, 14" floor tom and a 16" floor tom, just because it covers all bases. That's the set up I use for China Crisis, but there's so much more to that in terms of extra percussion and 80's style side snares.

What do you look for in a kit?

Something that’s durable! Something that sings, is easy to tune, and can last. Natal is amazing for that, it’s the first kit I’ve played where I’ve reskinned it on the day of a gig and thought it may take a while to settle in, but that’s not the case and the kit just sings. Really simple and does a great job.

It’s probably what Peter Erskine said, ‘keep it simple and play what you want to hear’. He says playing drums is really easy. People say it’s really hard but it’s not, you just play what you want hear. The journey of getting to that point is the difficult bit. You’ll have ups and down’s but the journey is the important bit. Regardless of what song it is pick something that suits. Just because it’s simple doesn’t mean it’s bad.

The Steve Gadd’s and Moe Tucker’s of this world get hired for their individual style and great sound. And it’s their technique that creates that, whether the groove is complex or super simple.

A DAY IN THE LIFE OF YUNGBLUD’S MICHAEL RENNIE
In the midst of Yungblud’s biggest tour we grabbed a few minutes with drummer Michael Rennie to talk techniques, tips and touring.
CATCHING UP WITH YOU ME AT SIX
Chris Miller and Max Helyer from You Me At Six spoke to us about getting started, what's next for the band, and of course, amps.
A DAY IN THE LIFE OF OLI WISEMAN
The influential session drummer dropped by to pick up a new kit, so we talked gear, techniques and tours with pop sensation Anne-Marie.
BEHIND THE MUSIC WITH JAIME GOMEZ ARELLANO
We grabbed some time with the Orgone Studios head honcho to talk production, techniques and how to make a splash as a producer.
A DAY IN THE LIFE OF STEVE BARNEY
From beating the skins for Anastacia, Jeff Beck, Annie Lennox and even playing at Live 8, we spoke to session drummer Steve Barney.
A DAY IN THE LIFE OF GREG KARAS
We caught up with Andy Grammer's guitarist, Greg Karas, to talk all about his vintage gear and find out what he gets up to on the road.
BEHIND THE MUSIC WITH ANDY SNEAP
It takes more than a great musician to make great music. Renowned producer Andy Sneap dropped by to tell all about his role in the industry.
A DAY IN THE LIFE OF HAYDEN MARINGER
Evaride's Hayden Maringer shares how he went from session musician to lead guitarist in his own band, and the time he played for Obama.