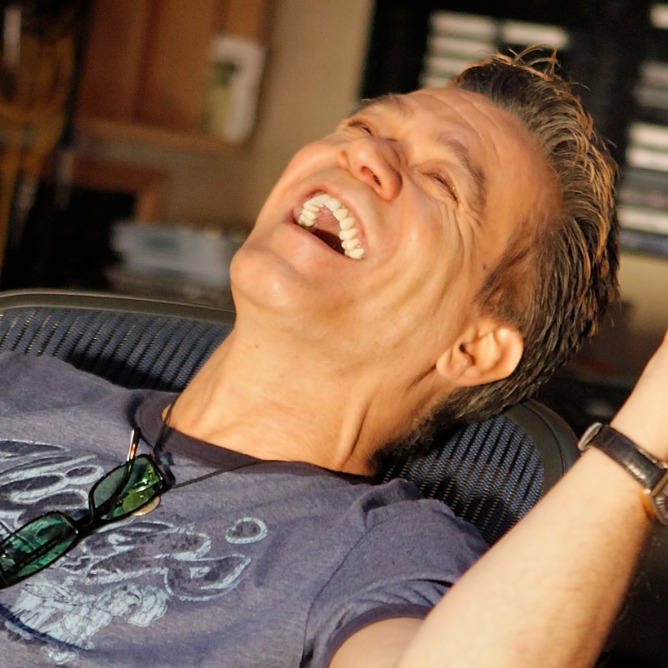 A guitar pioneer who inspired a generation with his unique sound and tapping techniques, we take a brief look into the history, equipment and playing style of Eddie Van Halen. 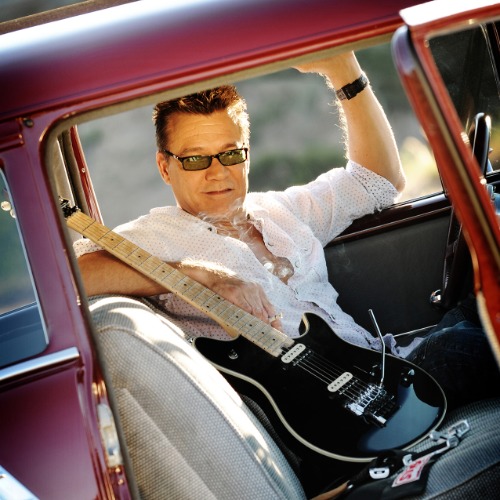 Born in Amsterdam, Edward Van Halen began learning piano at age six, his father was a jazz pianist, so music was paramount early in his life. He would improvise by watching Bach and Mozart and won first place in annual piano competitions. He also listened to bands such as The Beatles and Dave Clark Five from an early age and eventually found the guitar, before learning Eric Clapton’s guitar solos fro his Cream songs note for note.

After forming a heavy rock band with his brother Alex in 1972 and playing in backyard parties and clubs in Los Angeles, they met with singer David Lee Roth and bassist Michael Anthony before forming the group ‘Mammoth’. It was around this time that Eddie experimented with two-handed tapping - a style that wasn’t commonly used in metal and hard rock at the time. The band soon began performing under the name Van Halen’ and became influential in the Los Angeles music scene.

In 1977 they were signed to Warner Records. Going from strength to strength the band became one of the most successful rock acts of all time by the early eighties, when Ed introduced synthesisers and keyboards which helped create the iconic Van Halen track ‘Jump’. The track reached number one and earned the band a Grammy nomination.

Van Halen was inducted into the Rock and Roll Hall of Fame in 2007, alongside Eddie Van Halen individually for his works as a guitarist. Eddie would also appear on other artist’s tracks, most notably (albeit uncredited) for providing the solo for Michael Jackson’s hit ‘Beat It’. Unfortunately, Eddie passed away on 6th October 2020 following a long battle with Cancer at 65 years old, but his massive impression and influence on generations of rock music and guitarists remains.

Like his guitars, Eddie’s pedalboard changed over the years. Two things that were a mainstay were his MXR Phaser and Flanger pedals, with the phaser effect most notably heard on the iconic track ‘Eruption’. Alongside these were the Echoplex Tape Echo and MXR Six-Band EQ, which Eddie also regularly used. Most of the distortion and drive tone would come from Eddie’s amplifiers.

You can’t talk about EVH without mentioning the famous ‘Frankenstrat’, also known as ‘Frankie’. Essentially a superstrat, Eddie combined the sound of a Humbucker loaded Gibson with the physical attributes of a Fender Stratocaster. It’s a truly unique guitar, hand-built by Eddie himself.

Through its history it was repainted and had almost every modification possible done to it. The Frankenstrat was born when Eddie purchased an unfinished Northern Ash body from Boogie Bodies Guitars for $80 along with a $50 maple neck. Eddie painted the guitar black but felt it looked a little boring, so by using masking tape and white paint the signature pattern look of the Frankenstrat was born. The guitar was wired with one Gibson ES335 PAF humbucker pickup in the bridge (which Eddie later boiled in wax!), one volume pot and Schaller tuners.

The guitar was later modified even further and painted with red bicycle paint, becoming the iconic EVH Frankenstrat that is immediately recognised. Eddie would go on to consistently modify and create his own guitars with Charvel, Danelectro necks and many more variations, later creating his own EVH Wolfgang guitars under his own brand.

Eddie’s tone has been under much analysis and speculation over the years, with plenty of players hunting for Eddie’s unique smooth distortion tone that was nicknamed ‘The Brown Sound’. Eddie would use a stock amplifier in the early days which was a mid to late 1960s Marshall Superlead. There would occasionally be small modifications to his Superlead amplifiers but overall, the amps stayed stock. Eddie would use an Ohmite Variac set at different levels alongside a dummy load box. Eddie used dozens of Marshall Plexis and Superleads throughout touring before experimenting with other amp brands, most notably the Signature Peavey 5150 that was later used by Van Halen for his partnership with Fender under the EVH brand.

Eddie Van Halen’s playing style was revolutionary, bridging the gap between rock and metal in the 70s to 80s. His classical upbringing provided some influence into his playing style, in particular his aproach to tapping. Eddie would combine huge, brawny power chords alongside extreme speed and dexterity in phrases, pinched harmonics, huge signature dive-bombs and classic EVH tapping throughout tracks. He created a sound that many imitate but can never truly replicate. Eddie would also frequently use a half-step/whole-step fingering shape that is created with three notes per string used over major and minor keys. This is commonly referred to as ‘The Van Halen Scale’ seen below.